Check out the Review of the new American action thriller war film, Tom Clancy’s Without Remorse 2021.

Tom Clancy’s Without Remorse 2021 will be streaming on Amazon Prime this Friday, April 30th.

Tom Clancy’s Without Remorse 2021 film is directed by Stefano Sollima and written by Taylor Sheridan and Will Staple. It stars Michael B. Jordan, Jamie Bell, Guy Pearce, and Jodie Turner-Smith.

John Clark A Navy SEAL goes on a path to avenge his wife’s murder, only to find himself inside of a larger conspiracy.

So let’s start off by saying that we have definitely seen this film before so many times, it’s hard to count. Unfortunately, there is really nothing new here that is going to grip you and make you say, wow, I’ve never seen something like that before.

And honestly, that is a little bit of a bummer, because once I saw that Taylor Sheridan was co-writing the film, I was expecting a little more nuance and a bit of a unique spin on the Tom Clancy brand.

I mean, the man has taken the drug trade drama and neo-Western genre to new heights in movies like Sicario and Hell or High Water.

So I really thought he was going to do something different and special here. But he seems to be satisfied in just giving us a straightforward military revenge thriller in without remorse. But luckily, that is OK, because I believe the film on its own merit is damn entertaining.

A lot of that has to do with some very well-choreographed action scenes, with intense gunplay and overall a real forward momentum that never lets up.

Director Stefano Sollima, who gave us the underappreciated sequel to Sicario 2015 film and also worked on Prime’s fantastic television series zero zero zero, really knows how to stage an action sequence and make sure to take full advantage of what he knows how to do best and lay it all out there on the screen.

And of course, another thing working in this film’s favor is its leading man, Michael B. Jordan, though his physique certainly screams action hero.

And he killed it as kill Mongar in Black Panther. I was a little apprehensive about him taking on a full-fledged action hero role like this.

But I believe with his charisma and charm, he absolutely pulls it off. And because what has happened to him is so awful, you really believe that he would do the things he does in the film.

You truly feel bad for John Clark and empathize with him every step of the way. So when the action happens on the screen, it hits even harder because you care about the character and his well-being.

I must admit that I completely saw where without remorse was going a mile away. And besides being a revenge tale, the rest of the politics involved all came off pretty silly to me.

I also really enjoyed Jamie Bell’s character, Robert Ritter, but he was not given nearly enough screen time for you to actually get on board with where they were taking the character. And Guy Pearce fares even worse with screen time as Secretary Clay who is overseeing this mission.

I really think that the filmmakers did a disservice to the movie by giving his character the shaft on any kind of actual development.

The only other person besides John Clark that you get close to is Lieutenant Commander Karen Greer, played by Jodie Turner-Smith.

And although I really like the actress and this character, I do think that Jodie Turner-Smith came off a little wooden in the roles.

So, yes, this is definitely not a perfect movie. And in terms of 2021 action films so far without remorse certainly falls short of the brilliance of Ilya Naishuller Nobody 2021.

But I do think that Amazon has a nice little hit on their hands with this movie, and I am all about bringing the mid-budget action film back to our screens because we were severely missing them.

If they are to continue this John Kelly franchise with Michael B. Jordan, which I would like to see. They need a lot more character development and a little more ingenuity and creativity moving forward.

So I am going to give Tom Clancy’s Without Remorse a C+. 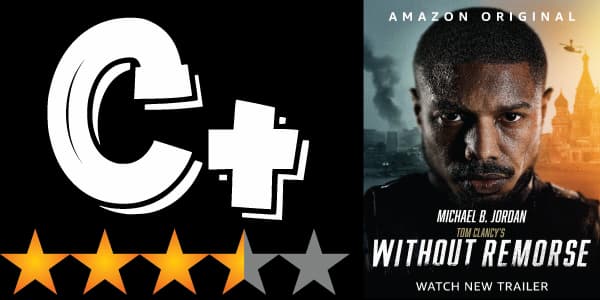 This is a film that does nothing new with the genre and lacks the character development to leave a real impact. But it is still an entertaining thrill ride with great action set pieces and a hero you can root for in Michael B.Jordan’s John Kelly.

Guys thank you so much for reading the review of Tom Clancy’s Without Remorse. See you next time.

Check out the trailer of the new American action thriller war film, Tom Clancy’s Without Remorse 2021. 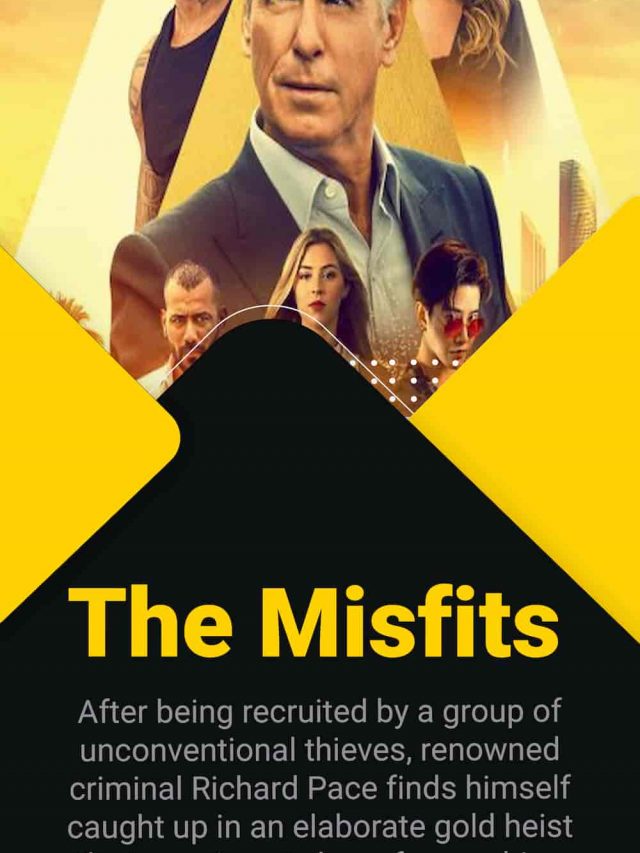