We Need to Do Something 2021 is an American new twisted psychological horror movie directed by Sean King O’Grady.

We Need To Do Something Cast & Crew

We Need To Do Something Movie Review

We Need to Do Something 2021   directed by Sean King O’Grady and written by Max Booth III, based on a novella of the same name. The starring Sierra McCormick, Vinessa Shaw, and Pat Healy.

After Melissa and her family seek shelter from a storm, they become trapped. With no sign of rescue, hours turn to days and Melissa comes to realize that she and her girlfriend Amy might have something to do with the horrors that threaten to tear her family – and the entire world, apart.

We need to do something 2021 movie Is another of this year’s horror films that are filmed nearly entirely in one location, the aforementioned bathroom.

And while some of these other bare-bones movies felt very limited in their approach, this crazy psycho horror packs all of the punch and the bite that you could ask for in a midnight movie.

The small space camera work in this movie done by Shane Patrick Ford is miraculous in that it makes this one location feel endless in its expansiveness.

There was not a single moment that I felt tired of this space as the claustrophobia added tension and anxiety that was impossible to shake.

Even though there have been many films similar to that of WeNeed To Do Something film with a small group of people trapped in a space.

While postapocalyptic shenanigans happen outside the safety of the four walls, 10 Cloverfield Lane comes to mind. No movie has done it quite like this one.

The cast is all uniformly excellent, although I do think that each performer is almost acting on a different level. But that also has to do with their wildly different characterizations that it makes you wonder how they ever existed in the same household before this catastrophic event even happened.

Pat Healy as the alcoholic abusive father is outrageously manic and his outbursts only add to the uneasiness of the movie.

The always excellent Vinessa Shaw is much more grounded in her approach as the matriarch and is really the only character you feel like you can trust to make any sort of rational decision.

John James Cronin as the young boy Bobby is the innocent of the group who is put through absolute hell. And lastly, Sierra McCormick as Melissa our lead teeters on the edge of you hating her one second and then all of a sudden feeling empathetic for her the next.

The psychological warfare that happens among this family is almost more anxiety-inducing than the disturbing physical horror. Pretty much throughout this entire movie, my mouth was agape in shock, horror, and disgust.

As the film begins to unravel, these insane moments keep getting thrown at you, barely letting you catch a breath until they release another shocker.

Some of these bits I cannot unsee, even though I most certainly would like to. Just be prepared to buckle yourself in for a wild, disgusting ride. And it’s probably best you don’t eat a big meal before you take this journey.

One thing I must say, though, is that Sean King O’Grady’s film does not pull itself together in the end. The meaning behind all of this madness is unclear and really up to you if you want to look deeper into finding an allegorical significance or not.

I am truly conflicted with this movie because there are a lot of flaws here, including the fact that I don’t think the film really knows exactly what it wants to be.

A supernatural horror film, a teen witch thriller, all the craft, a schlocky grindhouse flick, a psychological family drama.

There is a lot going on here and not all of it works. But when it does work, it is operating on a whole nother level.

As the 80s dance-pop single never going to give you up plays during the end credits, I couldn’t help but feel like this was all one cheeky sick twisted joke and I think I’m OK with that.

So I am going to give We Need To Do Something 2021 horror film a C. 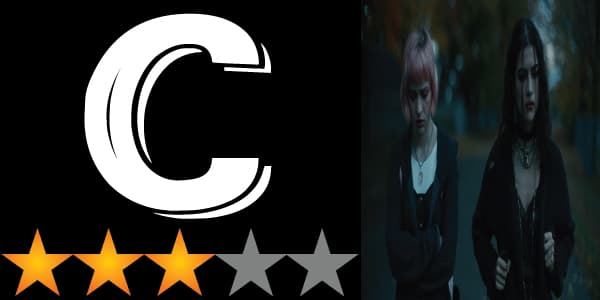 Although this psychological horror film does not come together cohesively in the end, it is still an insidious, nasty ride that is destined to be a huge hit in the midnight movie circuit.

We Need To Do Something movie will be released by IFC Midnight in theaters and on video on Demand on September 3rd.

Guys thank you so much for reading the review of We Need To Do Something Movie 2021. I really hope that you have enjoyed it. See you next time.

We Need To Do Something Movie Trailer

Seeking shelter from a storm, a family finds themselves trapped for days with no sign of rescue and untold evils lurking just beyond the walls in this wildly fun house-of-horrors thrill ride.
Check out the trailer of the new psychological horror film, We Need To Do Something 2021.