We Broke Up 2021 Movie is a romantic comedy film about breaking up at the wrong time and the challenges of keeping it as a secret from family and friends.

We Broke Up movie is an American romantic comedy film directed by Jeff Rosenberg and starring Aya Cash and William Jackson Harper.

This is a film bout a couple who broke up at the wrong time. Doug and Lori have been a couple for 10 years. They live together, they still laugh at each other’s jokes. But when Doug asks Lori to marry him, she throws up on the spot. This is the beginning of their end as a couple.

The problem is the timing of this heartbreak. Lori’s sister Bea is getting married in a few days, and both Lori and Doug are included in the wedding party. The pair agree to attend the wedding and keep their separation a secret from family and friends.

The director Jeff Rosenberg tries to maintain a balance between the comedic shenanigans of bachelorette games and rehearsal dinners, and the pain of breaking up. But secondary characters, like Lori’s family members or the fellow wedding attendees, are broad and silly enough for us to get the point without being too emotionally invested.

Lori and Doug’s smiles through gritted teeth don’t exactly cue the audience to relax into a good time; they just know they have to make it work.

The film is tense through scenes that might have been funny and depressing when addressing the emotional stakes for the former couple.

The overwhelming impression is that of shrillness. It’s a tone that might be familiar to those who have experienced a broken heart, but this shallow exercise offers meager chance for discomfort to transform into either entertainment or contemplation. 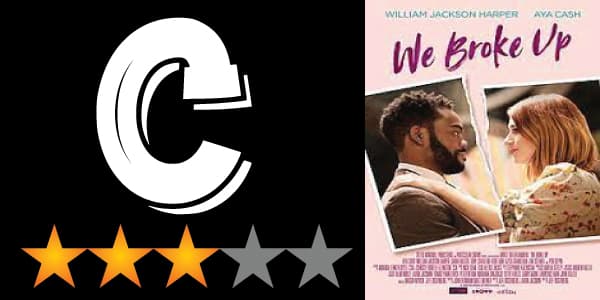 Guys thank you so much for reading the review of the new romantic comedy film “We Broke Up 2021”. See you next time with another movie review.

We Broke Up 2021 Movie trailer

Check out the trailer of the new romance-comedy film We Broke Up 2021.