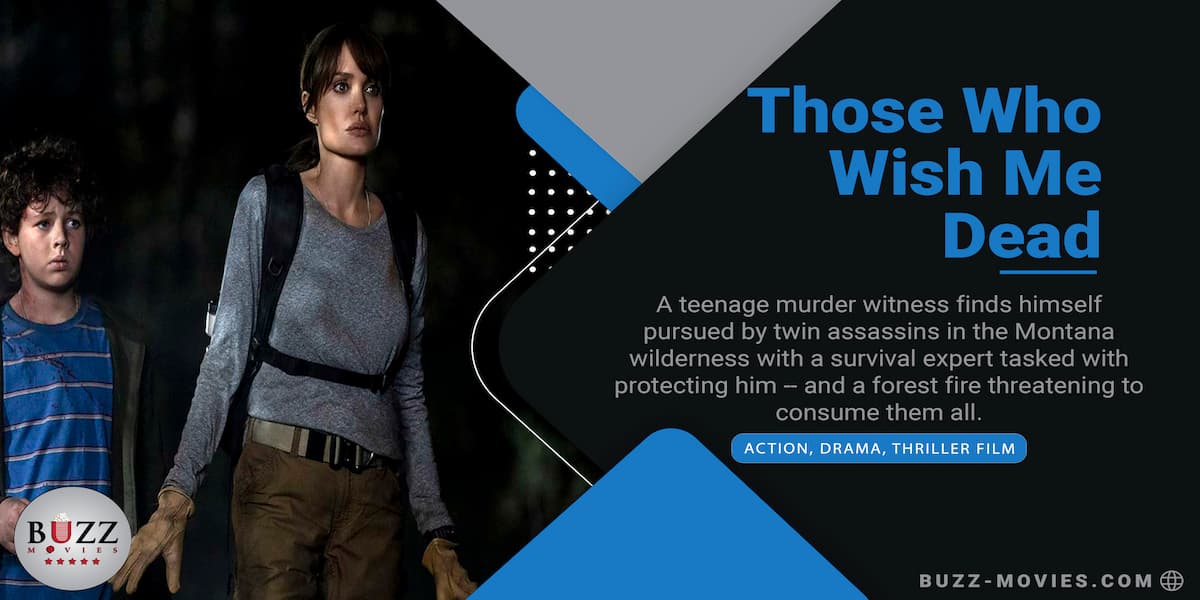 Here is the review of the new American Action, Drama, Thriller film by Taylor Sheridan Those Who Wish Me Dead 2021.

Those Who Wish Me Dead Movie Cast & Crew

Those Who Wish Me Dead Movie Review

Those Who Wish Me Dead 2021 is an American Action, Drama, Thriller film directed by Taylor Sheridan and written by  Michael Koryta, Charles Leavitt, and Sheridan, based on Koryta’s novel of the same name. It stars Angelina Jolie, Nicholas Hoult, Finn Little, Aidan Gillen, and Jon Bernthal.

A teenage murder witness finds himself pursued by twin assassins in the Montana wilderness with a survival expert tasked with protecting him and a forest fire threatening to consume them all.

So let’s start off by saying that those who wish me dead is not going to win any awards or gain any accolades, but it is not here to do that.

Taylor Sheridan’s new thriller is here to provide its audience with white knuckle thrills. And with that, it succeeds wholeheartedly.

It’s about as subtle as a punch in the face. And you know what? In this regard, I wouldn’t mind getting punched again.

But the film does have some major issues that do prohibited from being anything more than a mindless thrill ride.

Angelina Jolie stars as Hannah, a forest firefighter who is haunted by a past wildfire where she lost multiple young children in the blaze.

She is stationed at a high-rise outpost in the middle of the wilderness when she comes across a bloodied young boy who has just escaped two assailants who are out to kill him because of his father’s involvement with a forensics case.

As the fire blazes across the terrain, Hannah will stop at nothing to get the boy to safety.

Taylor Sheridan has done some incredible work in the past with his dynamite screenplays for Hell or High Water and Sicario and his double duty as writer-director on Wind River.

He has shown signs of slowing down a bit on quality, though this year with his mixed bag of a script that he co-wrote on Tom Clancy’s Without Remorse that was released just a couple of weeks ago. And the dip in quality, unfortunately, continues here.

But that’s not to mean that those who wish me dead film has a poor screenplay. It’s just not nearly up to snuff as his earlier projects.

By far, the best thing about this film is Angelina Jolie. She proves yet again why she is one of Hollywood’s biggest and most bankable stars.

She injects so much humanity into Hannah, a woman with not much to live for and is struggling deeply with her demons.

Jolie is able to balance this mix of strength and fragility that not many performers would be able to pull off.

We can believe that Hannah could beat or outsmart any devilish fiend that gets in her way, all the while recognizing that she is not perfect and can trip herself up and let her mind getting her own way.

It’s also just really wonderful to see Angelina Jolie back on the screen doing what she does best in an adult oriented blockbuster after her extended stint in the world of Disney.

The rest of the cast is also quite good. Jon Bernthal being the biggest stand out of the bunch as the sheriff who gets caught in the crosshairs of these two assailants.

I must say, though, as much as I adore Nicholas Hoult, always have. Always will. I didn’t necessarily buy him as this sociopathic assassin, especially next to Aidan Gillen, who has made a career out of being slimy, unlikable villains. It just didn’t add up for me.

The other aspect I have to commend Those Who Wish Me Dead movie is the fact that I was on the edge of my seat pretty much the entire run time.

Taylor Sheridan has made a lean, albeit a bit slight film that doesn’t allow you a second to breathe as the ante continues to be upped in every scene.

Even though logic continues to be thrown out the window at every turn. You honestly don’t even have time to overanalyze what’s going on because of its breakneck pace.

This picture really harkens back to the action thrillers of the late 80s and 90s that didn’t give a hoot about making sense or trying to have something profound to say, but rather providing straightforward, genuine thrills with relatable characters that seem to have been cherry-picked from the real world.  And that was really refreshing to see on screen again.

Regrettably, those who wish me dead falls into the same camp as Sheraton’s, other 2021 film without remorse, and that it is completely forgettable and the script really lets down its leading star.

I also think that the movie brings in way too many characters and doesn’t give them anything to do, like a blink and you’ll miss him. Tyler Perry.

And I also think that in the pursuit of making such a bare-bones piece of work, Taylor Sheridan has lost a lot of the meat that could have really rounded this story out and made it feel more complete.

Because the moment it feels like you’re really in the swing of things and you become fully invested, the film neatly ties everything up in a bow and just ends. 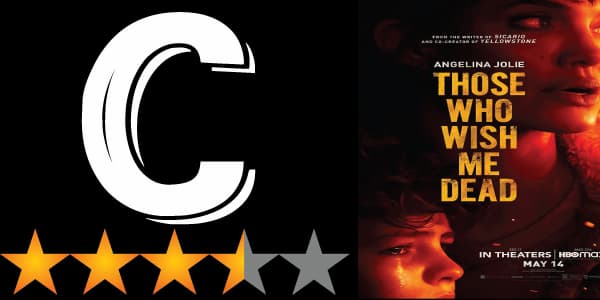 It’s highly advised that you go into this film expecting some edge of your seat thrills and nothing more.

Despite Angelina Jolie’s fantastic return to form and a breakneck pace that will leave you breathless, Those Who Wish Me Dead film ends up being a slight and forgettable blip in Taylor Sheridan’s filmography. Maybe he should stick to writing his own scripts.

Those Who Wish Me Dead 2021 release date was on in theaters and streaming on HBO Max Friday, March 14th.

Guys thank you so much for reading the review of the new  Action, Drama, Thriller film, Those Who Wish Me Dead. See you next time.

Those Who Wish Me Dead Movie Trailer

Check out the trailer of the new  Action, Drama, Thriller film, Those Who Wish Me Dead.