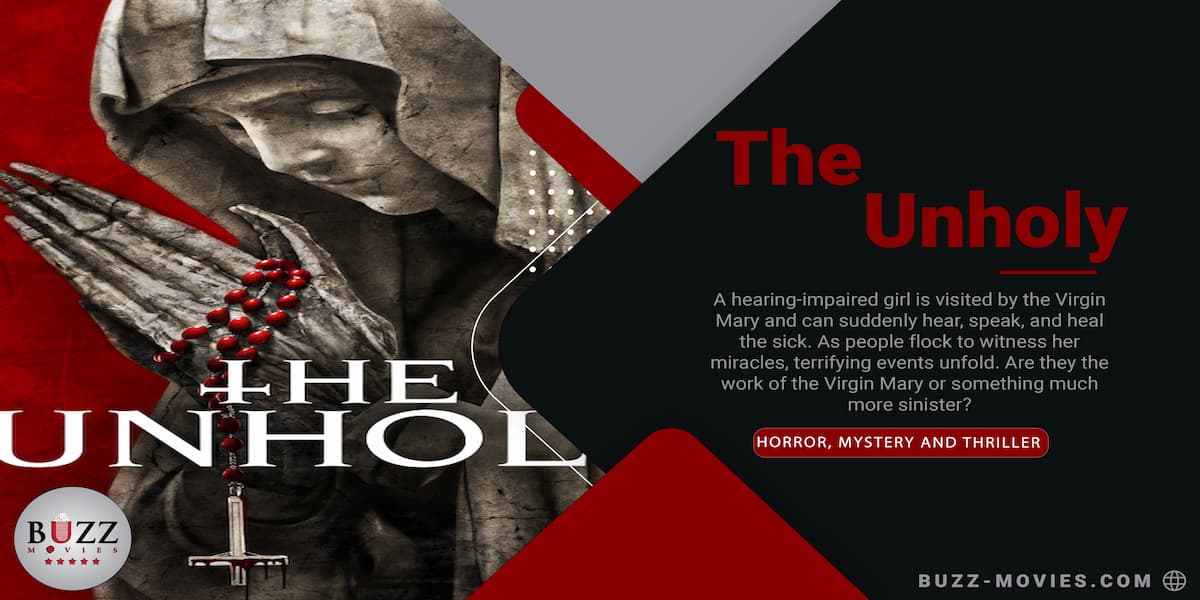 The Unholy 2021 is an American Horror, Mystery, and Thriller film by Evan Spiliotopoulos. This horror movie is on Amazon Prime, But should you add it to your list?

A hearing-impaired girl is visited by the Virgin Mary and can suddenly hear, speak, and heal the sick. As people flock to witness her miracles, terrifying events unfold. Are they the work of the Virgin Mary or something much more sinister?

The story is basically a devil worshiper who gets hanged and coerced into this little baby doll in 1845 and a couple of hundred years later, of course, the curse is lifted.

But at the same time a local priest who not only happens to be deaf but also mute, starts to talk here and perform miracles like getting a disabled boy in a wheelchair to walk.

But of course, there’s got to be something link between those two. Right now, all of this stuff is in the trailer. So I’m not spoiling anything for you guys and I won’t spoil anything in the entire review.

But this movie, I enjoyed it, like I said in the beginning. But I will admit that there were two blemishes that I just I can’t get over. And both of them come in the beginning. And I would say that this movie is a nice house or church in this case with some wonky foundation.

The first part is that it feels like a very nonchalant, lazy way to start your movie. The inciting incident is, I’m going to say, pretty lame. Now, I won’t say exactly how the curse is lifted. It does have something to do with that doll.

But are you telling me that that doll was never found for that many years, especially after the doll is found in this movie? It just seems like a completely lazy way to start the story.

And the other one is to do with our main character, Gerry Fenn. He is a reporter for a newspaper who used to be famous, but apparently, he fabricated a lot of his stories for fame and now he and now he’s ruined his reputation as a reporter. And he has to do all these really low life stories. He’s got to really scrape the bottom of the barrel to get a good lead.

Now, how do I know this? Because the movie just told it to me, only one or two scenes where we understand his back story.

So again, guys, Rocky starts, but thankfully the movie does get better and stick the landing. Because everything else in the movie is good.

There’s a great level of tension throughout the entire thing. They don’t bog you down in the jump scares or the scary moments, which makes it even scarier because you don’t really know when those things are going to come.

And one scene got me. I will admit one scene did make me shiver. I was like, oh, so good job movie.

The acting was really great. You know, the newcomer, Cricket Brown, the girl, Alice, the deaf girl who can do all these miracles. She was great in the movie. Everyone was good in the movie.

Well, Cary Elwes always had this really weird Boston accent, but I’ll let it slide. And it had good pacing and good structure.

But what I really got out of this movie were the two messages, metaphors, allegories, whatever you want to call them.

And those are tell the truth, even if it’s not good for you or if it doesn’t benefit you, which is, you know, we’ve seen it in movies before. It’s still a great message, but it’s not the most original.

And the second one, which is similar to the message brought up in the Saint Maud film that came out earlier this year.

And that is about faith. Now, I understand that the subject matter can bring up some red flags in certain communities.

But this is what the movie brings forward. This line in particular is said a couple of times in the movie, Doubt Weakens Faith. And when the characters say that they get quite angry, it’s like doubt weakens faith. Don’t ask any questions, just believe it. That is a dangerous way to think.

And this movie shows us that as soon as someone sees something that they don’t really understand or it doesn’t make sense, they can’t really put a logical explanation on it.

They start praising and following this girl. Every single thing that she does. She’s the miracle woman. But things aren’t always what they seem. Beware of false prophets.  And that’s what I liked about this movie.

Yes, sure it is. A simple devil worshiper gets revenge type of story, but it’s well told and it has some substance. It has some moments where it makes you think. 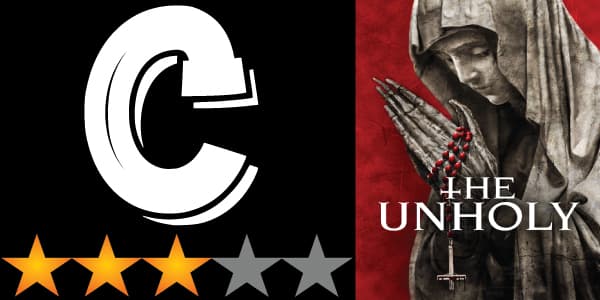 I like this movie. It’s not great. It had a rocky start, but it stuck the landing. And I did enjoy this movie. And I think for horror fans out there, you will, too.

So what about you guys? What is your opinion about this horror film? You can say that in the comments below.

Guys thank you so much for reading the review of The Unholy 2021 horror film. See you next time.

Check out the trailer of the new Horror, Mystery, And Thriller film, The Unholy 2021.