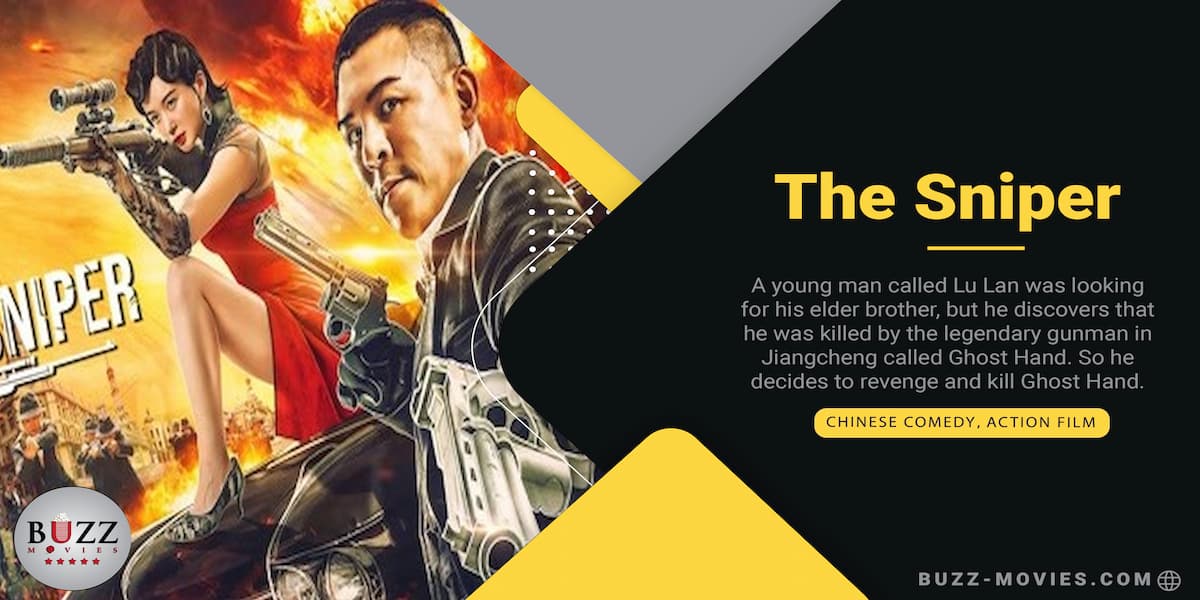 The Sniper is a Chinese Love，Comedy, Action movie. The film is PG-13 and it is an hour and 28 minutes long.

You can watch The Sniper Chinese Movie on IQIYI, and check out the Top 10 Sniper Movies of All Time.

A young man called Lu Lan was looking for his elder brother, but he discovers that he was killed by the legendary gunman in Jiangcheng called Ghost Hand. So he decides to revenge and kill Ghost Hand.

When I started watching this movie I felt somehow bored and I couldn’t understand what is going on. And I was like this is a boring film.

But then I changed my mind because I started understanding the movie with time. Things get clear later on in the movie so you have to watch the whole movie before you judge it.

This movie has a wisted story every time you discover something new. But it is really fun to watch. I enjoy it somehow, even though I expected some scenes of it, but still, I enjoyed it.

So let’s talk about the story of the film, but before that, you have to know that I might say some fast spoilers. So if you still didn’t watch the movie this is your warning.

The film tells the story of Ghost Hand, the legendary gunman in Jiangcheng city, who was being hunted for being a traitor by Xihe Tang, an organization protecting the city.

Lu Lan, a punk, impersonated Ghost Hand and was taken by the best woman killer in Xihe Tang. Lu Lan was full of hatred after finding out his brother, Shen Lie, was a member of Xihe Tang and had been killed by Ghost Hand.

Xihe Tang trained Lu Lan, who has the gift of slow vision, into the best gunman. Lu Lan was told to work with Leng Feng to eradicate the underground power that traffics arms and kill Ma Wenchang, a warlord.

Their mission was interrupted by Ghost Hand many times. Lu Lan was determined to kill Ghost Hand in revenge for his brother’s death.

Just when they were about to have a gunfight over life and death, Lu Lan found out his dead brother was no one but Ghost Hand. It turned out that all of this was a conspiracy of Xihe Tang.

So that was the story of the film and it is a twisted story. I actually enjoyed the film cause of its story. I was trying to get what’s going to happen next and I got some scenes.

The cast in the film was good and I think they did a really good job. They make me feel their roles in this movie. The only problem they have is showing their emotions. Like in some parts of the movie if you focus on their faces you will know what I am talking about.

But actually, that doesn’t affect the movie that much. You still can understand them and feel them somehow.

The music was good too and it helps you to feel the movie and enjoy it. So I think the music was fine.

The cinematography was fine but it was not that good actually. They use CGI effects. But for a low-budget movie, I think that was fine and doesn’t affect the movie that much. You still can enjoy the movie and understand what’s going on in it.

As I said I have enjoyed watching this movie and it was a mix of Love，Comedy，and Action. It was really fun and I think you might like it.

One of the things that you might not like is that the film is in Chinese so you will need to keep your eyes on the subtitle.

So I am going to give The Sniper movie a C. 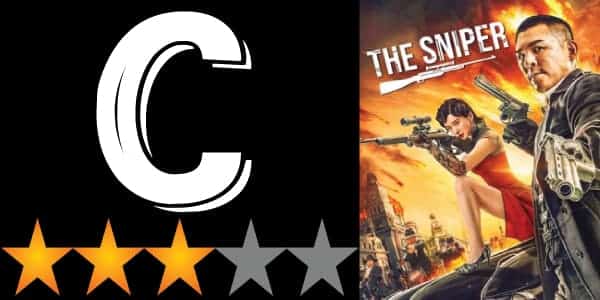 Guys thank you so much as always for reading the review of The Sniper Chinese movie. See you next time.

Check out the trailer of the new Comedy，Action movie “The Sniper”.