The Grudge is an American supernatural horror mystery film. The film tells a story of a single mother and detective, who tries to investigate and solve the case of a young mother who murders her family in her own house. Later, she discovers the house is cursed by a vengeful ghost that dooms those who enter it with a violent death. 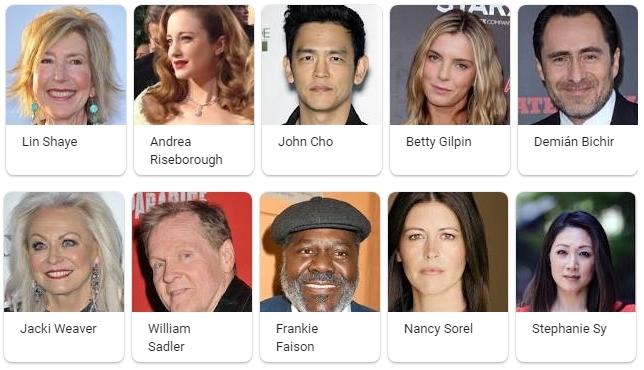 Happy new year everybody is 2020 and I hope you guys had a good decade and a good party. And it’s January so we’re gonna talk about a horror movie. Because as usual the first movie released in a new year seems to be a horror film. I don’t know why they do it but that’s what they do.

This time, it’s The Grudge movie 2020 once again a house that is cursed by a vengeful ghost. Dooms those who enter it a violent death. And Andrea Riseborough plays detective Muldoon.

Which is a police officer investigating that house and the many horrific events that surround it. There have been many Grudge films, of course, the original Japanese once the first being pretty unsettling.

And the American remakes, Sarah Michelle Geller in 2041 being the most famous. And well the grudge franchise definitely has a reliably creepy atmosphere and a villain that is also very disturbing.

The American films were never as creepy as the originals, even though the first remake was actually directed by the man who made the original. And so I’ve always wondered why this series continues. Even in Japan it’s gone on and on and on with various remakes even a verses movie.

This film is trying so hard to be really dramatic and it’s telling a story over many different time periods. Connecting events to this 1 location where various families are involved.

This is nothing new. But the real issue is that the film seems to think the events it’s uncovering. The things that it’s keeping as a mystery are these incredible sequences that are just going to blow your mind, but it’s not.

There is nothing worse than a boring horror movie. You have a very simple job when you are a garage film. You’re just supposed to scare us fairly often and tell a compelling story.

This movie really doesn’t do those things and if you’re expecting to see your antagonize that you’re used to seeing in these films. They do something here that feels more like a zombie movie.

In fact, I started to predict everything that was going to happen in the movie in my head. Now if you’ve been reading my reviews for a long time you know I hate doing that.

I really tried to turn that part of my brain off when I watch a movie and just roll with the punches the filmmaker is showing to me. I don’t like trying to guess where the director is going.

But in this case, I could see just about every turn before it happened. This is coming from the same filmmaker who made the eyes of my mother film which is actually pretty good.

And that was definitely a low budget feature and you could see that that was somebody really yearning to make films. And I can understand how studio might pluck someone like that from obscurity and say here’s a franchise.

Unfortunately, there are aspects of this movie that are also trying to be. The things I think this indie filmmaker likes. Like the way the end credits appear for instance which produced a lot of audible groans in my theater tonight.

There are moments that feel very Indian strange like that, but at the same time this is a big horror movie part of a well-known franchise and it feels like the filmmaker is a conflict with himself throughout the entire film.

Because he’s restrained in a way to have to deliver consistent jumpscares over and over again and it doesn’t feel like there’s any real passion behind them. in fact, there are aspects of the movie, that almost feels like they used to CG shadows like in a window to create some tension that maybe they weren’t even thinking they were going to create while shooting it.

But they watch the movie and realize there are enough to scare so we should probably have a shadow every character in the movie is either pregnant or dealing with the death in the family or a terrible case that went wrong.

Everyone has to pass their hiding from and nobody wants to talk about it. The film is filled with characters that are afraid to discuss things that are important to them.

There’s no surprises in this movie. The only thing about this film I can recommend is Lin Shaye who is an insanely underrated actress. I love her and whenever she’s on-screen she’s bringing something.

Andrea Riseborough is not bad the movie and neither is Damien Bashir. It’s just that there’s not much for them to do. Lin Shaye by far has the best and most fun out of any of them.

And you can really feel that coming out of her. But beyond that this is an extremely boring movie. And if you’re a fan of the grudge franchise lot which honestly I’m really not because I like the original one.

And yeah that’s about it. If you’re a fan I can see you being really disappointed by this movie. I’m to give The Grudge Movie 2020 a D. This is definitely the first week of January. I would suggest seeing just mercy or on cut jams or really just about anything else except cats.

Guys thank you so much as always for reading my reviews. Look forward to more reviews very soon. See you next time.