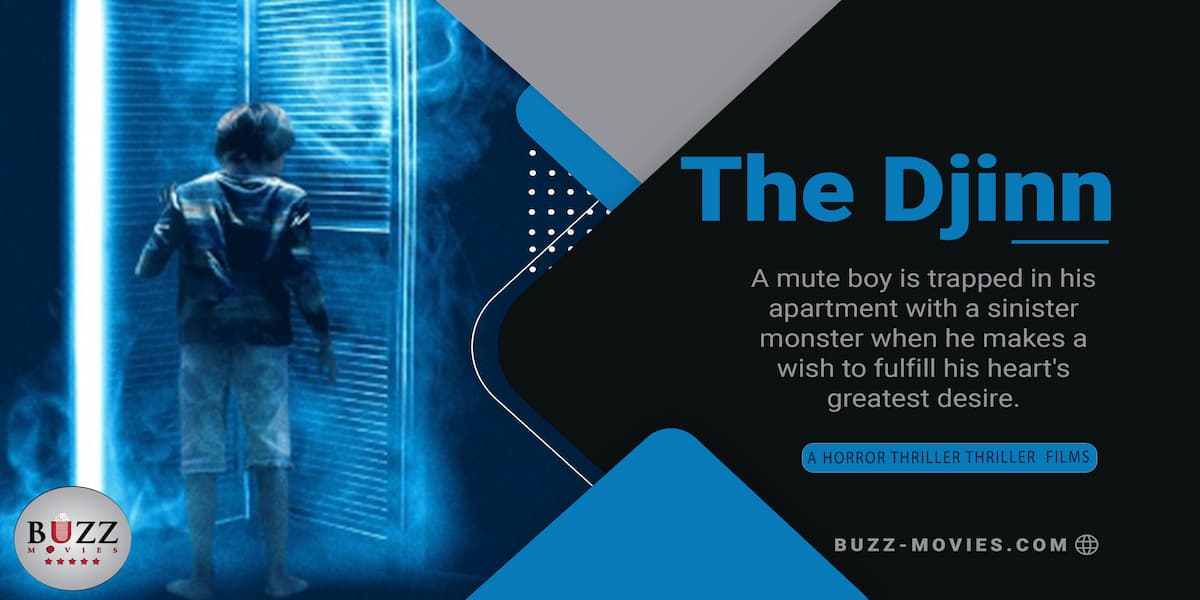 Check out the Review of the new Horror and Supernatural, The Djinn 2021  by David Charbonier and Justin Powell.

The Djinn 2021 movie is written and directed by David Charbonier and  Justin Powell. It stars Ezra Dewey and Rob Brownstein.

The film is about a mute boy, makes a wish to fulfill his heart’s desire and becomes trapped in his apartment with a sinister monster.

Going into the gin. I didn’t know much about it, except that people had been raving about how effectively scary it was and they were not wrong.

This film really creeped me out, but it does have its issues. So let’s get into it.

The film revolves around a young boy named Dylan who played expertly by Ezra Dewey, who moves into a small apartment with his single father.

You get a glimpse of what happened to his mother early on and also realized immediately that this young boy is mute.

As his father goes to his night job, Dylanbounces around his new apartment listening to 80s synth music, which is used perfectly throughout the film. I am such a sucker for a synth score.

He discovers an ancient book in his bedroom closet and finds a spell inside that claims to grant a wish. The young boy wishes for his voice to come back, but realizes that for this to come true, he must outsmart and survive this ancient creature until midnight.

The Djinn 2021 Movie is one of the most barebones films I have seen in a very long time. There have been a lot of small indie horror films that utilize very few settings and small casts coming out recently. But this film has the smallest production you could possibly think of.

As where Dewey is the sole lead. Rob Brownstein as his father, is only in it for a few minutes. So the movie completely relies on this young performer’s shoulders and luckily he is a powerhouse.

Because he can’t speak, he is so limited in what he can do but Dylan is able to convey so much emotion through his eyes and actions.

I was honestly so impressed with how he was able to carry this movie. Dylan is a character you can root for and empathize with, especially as the film progresses and we learn a little bit more about what happened in his life before this fateful night.

The creature effects in this movie have to be what most of the budget went to, because for such a small-scale indie feature like this, it looks damn good.

Filmmakers Charbonnier and Powell have created a horrifying monster. Every time it appeared on screen, my skin would crawl and the hair on my arms would stand up on end.

I honestly let out a little scream the first time I saw it, because I was not expecting it to appear so soon and it was just so damn scary.

Unfortunately, the filmmakers, due to budgetary constraints, had to have the creature shapeshift into different humans from time to time. And when this happens, I honestly got taken out of the movie because it just wasn’t frightening to me anymore.

The film is also extremely limited in its setting as the movie never sets out past the doors of this small apartment. This is one of the biggest issues for me.

This malevolent creature is so larger than life and it is stuck in a tiny two-bedroom apartment. It just doesn’t really work. There are multiple moments throughout the movie that Dylan evades the creature and hides from it. But I couldn’t help but start thinking that this creature wasn’t really all that terrifying or effective anymore, because if it can’t find this little boy in a two-bedroom apartment, then it kind of feels that being a murderous monster.

The movie also starts to drag and become a really repetitive because the filmmakers were so limited with this one setting. There’s only so much you can do in this single space. So they kind of just start doing it over and over again.

And the ending, although well done and certainly had an impact I pretty much saw from a mile away. You can absolutely tell fromThe Djinn 2021 that writer-directors David Charbonnier and Justin Powell have huge careers ahead of them.

They have created such a slickly made and frightening movie on what was the definition of a shoestring budget. Unfortunately, this movie cannot reach its potential or pull off all of its lofty ambitions because of its restrictions. 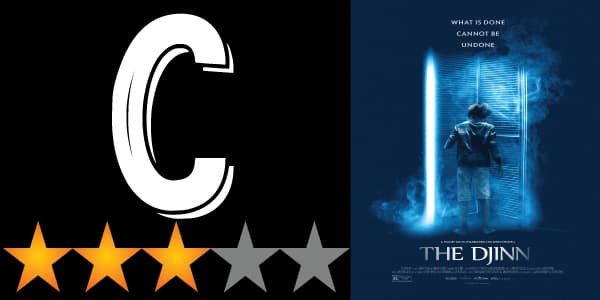 You have to give credit where credit is due and the scrapie writer-directors of this small indie horror have put together a movie that is filled with tension, looks great, and has one hell of a scary monster despite all of the film’s limitations.

Also, young Ezra Dewey is absolutely fantastic in the lead role. Unfortunately, I just cannot get over how repetitive and unscary it becomes Due to budgetary constraints.

I still would recommend this movie slightly if you’re just looking for some popcorn scares on a Friday night, and I must admit I am excited to see what this creative duo does next.

The Djinn 2021 will be released by IFC Midnight in select theaters and on VOD Friday, May 14th.

Guys thank you so much for reading the review of the new Horror film The Djinn 2021.

Check out the trailer of the new Horror and Supernatural, The Djinn 2021.