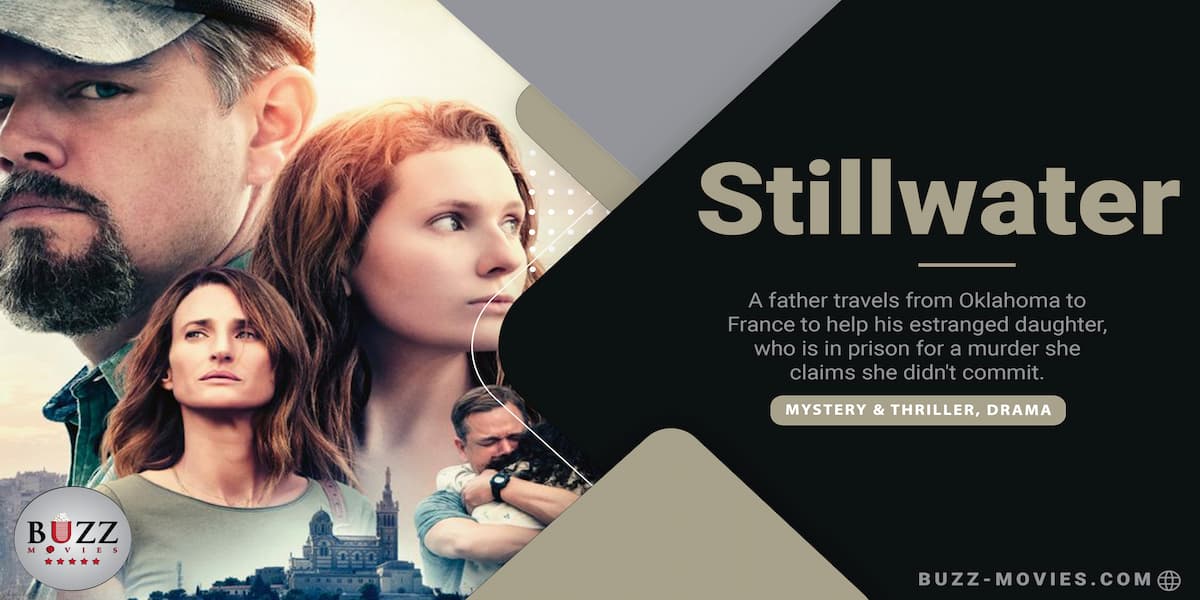 Stillwater movie is a 2021 American crime drama film directed by Tom McCarthy. The film is rated R and it is two hours and 20 minutes.

Stillwater movie 2021 is directed by Tom McCarthy, based on a script he co-wrote with Marcus Hinchey, Thomas Bidegain, and Noé Debré. It stars Matt Damon, Camille Cottin, and Abigail Breslin.

A father travels from Oklahoma to France to help his estranged daughter, who is in prison for a murder she claims she didn’t commit.

Now, when watching a movie, I can get a couple of different things from it. I can get entertainment, I can get information, I can get escape.

But I think when a movie is really fantastic, it makes you think about your own life because of the messages in the theme that this movie brings forward. And that’s what Still Water does.

It’s a solid, well-made movie. It’s entertaining. Matt Damon is great in it, but it also has these themes that make you take inventory of your own life. And that, of course, is to do with secrets.

Whenever a character lies, doesn’t tell the truth, which is the same thing, or keeps a secret from somebody, goes down, the whole plot of this movie is caused by misinformation. And other characters keeping secrets.

And it also shows us how that behavior can rub off on certain people. And there are no spoilers here. Don’t worry.

But for example, a younger character is hanging out with an older character who is known to do this, keep secrets, spread misinformation, so much so that they start to do it, too, at a very young age. So you can see where this trait comes from.

Now, the plot is that Matt Damon plays Bill Baker, and he’s a construction worker from Oklahoma who goes to Marcel, France, to visit his daughter, who is in prison.

Now his daughter. She claims that she’s falsely accused of killing one of her best friends from College. And, of course, Bill goes out on his own to investigate.

Meanwhile, he starts to form a relationship with a French woman and her daughter. And basically, it’s a second chance for him to become a father.

Now, I will admit the trailer for this movie is a little misleading. The trailer makes it seem like it’s a tense thriller. And while, Yes, there is some investigating, there’s a bit of espionage going on. But the movie really isn’t about that.

And about halfway through the movie, I’m like, Okay, this is not the movie I thought I was gonna see.

Right? Like, you do see Matt Damon go undercover and go around asking about certain people. But this is really a family drama.

This is about a man who gets a second chance to be a father, knowing that he screwed up the first time.

And now he meets this French woman, and it brings him out of his shell, right? He’s this American. He’s this hard-nosed Oklahoma State boy.

But he learns more about the French culture, and he starts to become just a better person because of his family. And that’s what the movie is really about.

But, of course, the lying in the secrets catch up to him. No spoilers. So, Yes, the trailer is misleading.

And of course, as I said, there’s a moment in this movie where I’m like, Okay, what movie am I watching here? This is not as intense as I thought this movie was gonna be.

This is more of a family drama, but right at the end, of course, no spoilers, though. It’s where it all comes together.

And it’s not the ending that I thought I was gonna get. And it really leaves a punch. It’s one of those endings where it’s like, okay, this is interesting.

You know, it gets an A-plus on the film school report card. The story is entertaining. And, of course, the themes are very thought-provoking.

Of course, there are some moments in the middle where I’m like, Okay, this is kind of dragging, right? As I said, it does come together in the end. But there were some pacing issues in the middle.

But overall, I was thoroughly impressed with Stillwater movie. 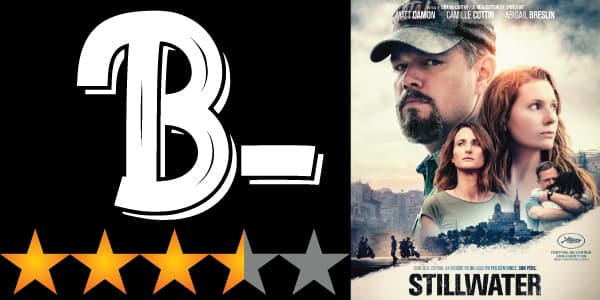 It’s not a movie where I’m gonna be telling you guys to rush to the theaters to go see. But if you do end up seeing Stillwater movie, I think you will get a very quality product.

But what about you guys? Are you excited to see this movie? If you have let me know what your thoughts are down in the comment section down below.

Guys thank you so much as always for reading the review of Stillwater movie 2021. See you next time.

Check out the trailer of the new crime drama thriller film “Stillwater movie 2021”.