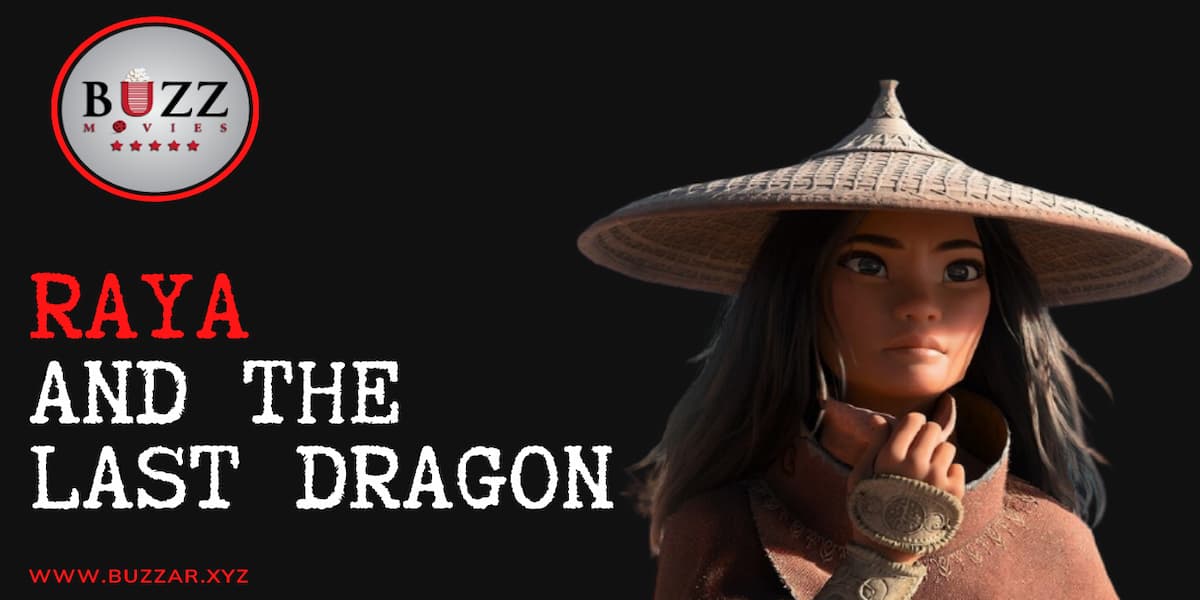 Raya and the Last Dragon is one of the best original Disney animations in years. It’s very very exhilarating from an action perspective.

Raya and the Last Dragon Movie is directed by Don Hall one of the directors of Big Hero 6 and Carlos López Estrada the man behind maybe the most overlooked movie of the past 3 years Blindspotting.

Every time I get a chance to mention that movie I’m going to. It’s fantastic. You must watch it. It is so good and underrated.

So In a realm known as Kumandra, a re-imagined Earth inhabited by an ancient civilization, a warrior named Raya is determined to find the last dragon.

We see her as a young girl and threw her father we learn of the mythology surrounding this reimagined earth.

We understand the dragons are very important to this world, although they’re not around anymore.

And many groups of people have spread out across this land and all of them are at war with one another.

I hadn’t seen a single trailer for this movie. I didn’t even know, what it was about. I had just seen images.

I knew that Kelly Marie Tran voice Raya and that’s really all I can do. I was extremely pleasantly surprised by this film.

I think it’s one of the best original Disney animations in years. It’s very very exhilarating from an action perspective.

The action sequences are actually quite breathtaking. There’s lots of great hand to hand combat, swordplay.

The musical score by James Newton Howard actually uplifted me strangely and trust me I have a heart of stone.

But seriously I found myself moved a lot during the course of this movie. There are aspects of it that are certainly predictable, you can kind of guess what’s going to happen from an emotional standpoint during the first act and that does indeed happen.

But there were other developments throughout the movie that surprised me. Since I didn’t see the trailers, I don’t know anything about Aquafina as characters CC the dragon.

I had no idea what the dragon could do and I was happy that it wasn’t just another how to train your dragon movie.

In fact, it is nothing like that. It’s very much so its own thing. Any animation as you might expect is gorgeous. It’s extremely colourful certain lands they visit pop off the screen, this will look incredible in theatres.

Unfortunately, most people probably will not see it in theatres, although it will be showing in theatres it’s also on Disney plus for the premier $30 thing whatever it is, I don’t know. But I got to watch it at home and it still looked amazing on our TV.

One of the storylines is that there’s this unstoppable force. It’s sort of like this purple mist that just ploughs through you and you get turned to stone.

And so there’s a lot of people that Ryan meets throughout the movie that has lost family members including a young boy.

And his way of coping with this was starting a shrimp business on a boat and just charging anyone who comes by whatever he wants to and sells them shrimp. And he kind of becomes their guide.

They also need a baby that is very smart and capable. Which at first I was afraid was not going to work for me, but surprisingly it did.

The film also has a great rivalry between Raya and a character named Namaari these two experience a very integral aspect of the beginning of the movie together.

And you see this began when they’re young girls and into adulthood and it’s not just like some random bullshit that maybe happened then once.

There are some really serious things they need to work out and they often do it by fighting and as already stated that the hand to hand combat and sword fight stuff was really exciting.

It’s also not a musical, nobody bust out singing. And you didn’t need it. The film works perfectly without it. This is the kind of Disney that I’ve been missing. I would like more of this please, more originality.

There are times though when the film’s story gets very weighed down by the needed exposition to explain this world.

You expect that early on, especially in re-imagined earth. You understand at some point somebody’s going to have to explain some of this because it’s just not you not gonna get it.

But throughout the movie, the characters have to stop a lot of times to discuss an aspect of the world or aland there visiting and it feels like the story really holds just to inform us of things we need to know that maybe could have just been better experienced as a surprise visually.

Sort of let the characters be surprised by things that maybe they didn’t know and they have to learn when they go to a place they’ve never been instead of just having somebody on the boat know everything about it already.

I really have any other problems with was extremely entertaining Kelly Marie Tran is also great as Raya. Really terrific performance. It’s a really strong Disney movie and I would like to see more like this.

I’m going to give Raya and the Last Dragon an A-minus.

Guys thank you so much as always for reading my reviews. Look forward to more reviews very soon. See you next time.