Mulan movie is a 2020 film that tells a story of a fearless young woman disguises herself as a man to battle northern invaders in China to save her ailing father from serving in the Imperial Army, 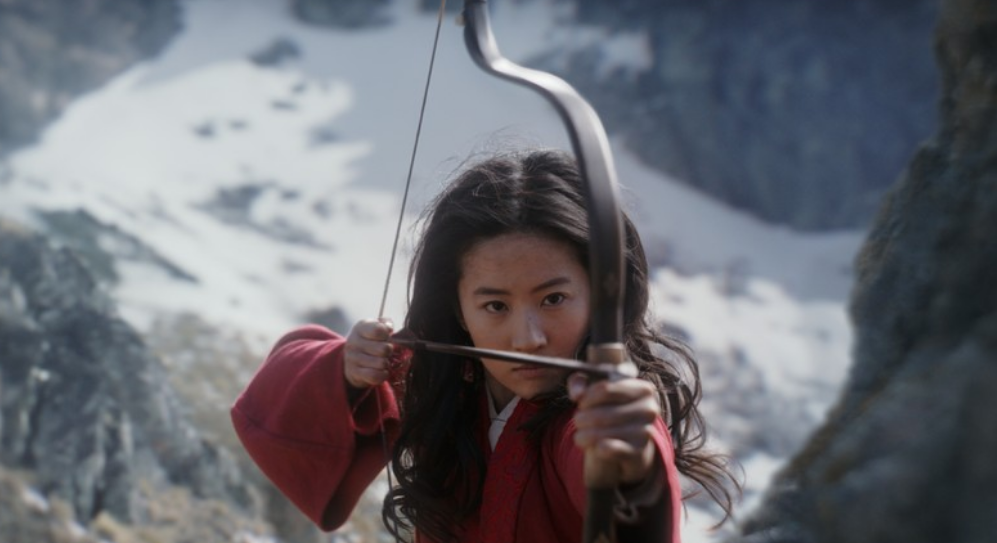 Mulan movie 2020  the original animated version came out in 1998 and since the 2020 version was pushed back indefinitely and who knows when it’ll come out now. I thought to be cool to take this weekend, which is when it was originally going to come out and talk about the film that inspired it.

In fact, that’s something I’m going to be doing throughout the summer. For films that were pushed back or delayed or canceled, I’m going to be talking about a film that kind of relates to that movie.

I’m gonna surprise you guys with some pics and I’ll do that throughout the rest of the year when the film was originally going to come out. Not for everyone that was pushed back obviously. They’ll be a select few that I do this for.

The first one going to be Mulan. I just thought it to be a fun way to sort of fill this gaping hole that I know a lot of us are feeling right now. So when China is overrun by invaders men across the land are ordered to join the army and fight against the invaders, but in the case of Mulan’s family, her father is the only man.

But he’s old weak and injured so Mulan runs off in the night pretends to be a man and takes his spot in so doing she learns how to fight and bring honor to her family. I remember the first time I saw Mulan.

I was only 10 years old and it was at a small theater in Akron called the Linda theater. It’s still there it started in like 1948. It’s been part of Akron for a very long time it sort of Akron staple. There’s only one screen.

It’s a tiny little theatre my mom took me there and I have a very distinct visual image of the incredible snowscape battle sequence, specifically the army materializing on the top of the ridge realizing just how many of them there are.

Interestingly later in life my wife and I were talking about this movie because it’s once of her favorites and it just so happens that she sought for the first time in the Linda theater as well.

It probably wasn’t the same show time but we just thought that was such a strange coincidence that we both went to this tiny little theater. That’s pretty much the only time I’ve ever been to Linda theater.

And it’s memories like that that have made this movie special to me. As one of the reasons why I haven’t watched the movie in many many years. Because I was afraid of tarnishing those memories. My memory of the rest of the movie was mostly the music, so I wanted to refresh myself and I rewatch the film and I was kind of worried that I wasn’t a like it anymore.

But surprisingly Malone holds up really well. This is a beautifully obviously animated movie back when Disney still cared about hand-drawn animation this came out in Disney’s renaissance period.

You had stuff like Aladdin, lion king, Toy Story, and this film and it’s just as gorgeous and breathtaking as some of those movies. And I was pleasantly surprised how well this movie holds up today.

The battle sequences are still really epic Jerry goldsmith’s score is still amazing. The songs for the most part still really hold up. There’s one song in the movie I’m not a big fan of. It’s the end credits song true to your heart.

It’s not that the song itself is a problem detached from the movie listening that song is great. In fact, Stevie Wonder is legitimately one of my favorite artists ever. I love him. I love all of his music and so for me to say this.

It’s basically because I just don’t really think it fits in with the town of how the film is ending. It’s is very serious movie has a lot of somber scenes surprisingly for a Disney animation. And it’s all of a sudden this really upbeat poppy song. That seems like it would be on kiss FM. It just doesn’t really fit in.

It’s kind of like that song at the end of Batman mask of the phantasm this dark and brooding amazing movie with Shirley Walker rest in peace her incredible score and then there’s like this romantic ballad all of a sudden at the end of the movie. It just doesn’t fit in.

Sometimes a song can be perfectly fine. It’s just about the placement in the film in regards to tone. Since wrong negatives I do want to talk about a few things in the film I don’t really like. I’m fine with Eddie Murphy as muxu. In fact, I like him quite a bit.

But his appearance and the weird jokey tone with the ancestor ghosts, just feels so jarring. The first 10 to 15 minutes of this movie are really good and very dark. Mulan cutting off her hair and running off into the night stealing her father’s armor.

It’s so epic and then all of a sudden there’s this little red dragon a ghost that lost his head and it feels so Disney all of a sudden. Where a lot of this movie feels like it’s trying not to be Disney.

In fact, it’s one of the first movies I think maybe the first movie where the Disney princess kills people so obviously the movie explores warfare. As well there’s some really really dark stuff in the film.

But to have these jokey scenes and her cute little animal pal sometimes takes away from what could have been a much more serious movie. But I understand, Disney wasn’t ready and still wasn’t ready today to make graves of the fireflies. They probably never will be and honestly, those are my only negatives in the film.

I love the character Mulan. I love her journey. I think she’s a really investing character. She somebody actually cares about a lot in the film as an animated character. Her voice work is great really all the voice work is really top-notch.

The villains really badass the action sequences are fun, although I wish there were more of them. And there’s one moment in Mulan, that is one of the best Disney moments I will say I’ve ever seen and it’s because it kind of just stops your heart.

Everyone singing. It’s like this montage track sequence or they’re just marching across the mountains. It’s really upbeat and really fun and then everyone just stops because they come across a ravaged village with tons of dead bodies and burnt-down homes.

And that’s a signal that there’s not gonna be any more singing in this movie. I completely forgot about that moment rewatching the film it was really powerful. So this is a movie that I find very entertaining in a story that I like a lot.

But for my wife, it was different for her. As an 8-year-old girl at that time, she was able to see something that had a girl in animation doing something awesome. She has to go through pretending to be a man at a point to get there. But once she’s spoilers I guess if you’ve never seen Mulan.

Once she’s found out she’s left alone and she’s back where she started to god do the rest on our own. So for a lot of young girls, this was an important movie, but it didn’t alienate men from the audience either.

Because anyone can watch this movie and enjoy it. It’s extremely inclusive and I love that about Mulan movie.  It’s a beautifully animated movie with great music, don’t love the placement of the and song in the film.

Sometimes muxu is a bit too funny for everything else is going on, but for a film that tackled warfare in a Disney movie and that had a message that was important, Mulan movie succeeded for me. 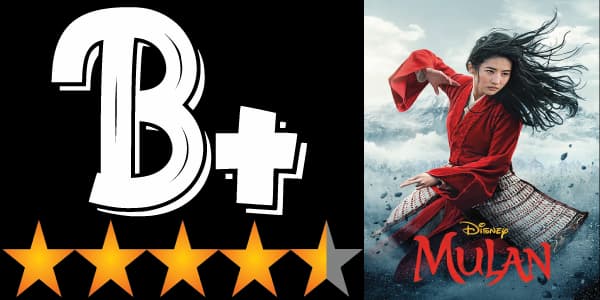 Whatever we do get to see the new move on I’ll be excited to see that. Because I actually think it looks really good. I like that they’re making a film it doesn’t seem like it’s a shot for shot Disney live-action remake. It doesn’t seem like there’s any singing either.

So I am excited to see that movie and I hope that it’s good whenever you get a chance to see it.  So like I said stay tuned for the rest of the year on various weekends where the film was going to be released. I’ll try to review a film that sort of relates to that movie. Mulan release date is March 9, 2020.

It’s just a fun way to sort of pretend like the movie still there no weird way. Guys thank you so much for reading the Mulan Movie 2020 review. See you next time.

Check out the trailer of the new Action, Adventure film, Mulan 2020.Unfortunately Mushu is not with us in this movie.

Mulan’s sidekick dragon (Mushu) voice by Eddie Murphy In the 1998 Disney movie “Mulan”. Mushu isn’t back in the new “Mulan” movie. Because Mushu wasn’t even a part of the original legend.

Another reason for Mushu’s absence in the new film is that the Chinese hated it,” they said. “This kind of miniature dragon trivialized their culture.”.

So we are not going to see Mushu in any Mulan Disney new films, but we still can see it on Disney+ in Mulan 1998 film.