Ma 2019 film was directed by Tate Taylor and stars Octavia Spencer as a lonely woman who begins to invite high school kids into her basement to drink and smoke.

Eventually, her basement becomes a secret neighborhood hangout for all these kids and one of the coolest places in the area. But as you might expect, there’s a lot of darkness in her past and some horrible things eventually come to the surface.

This is the second film this year I’ve seen in which a really well-known and talented actress is portraying a creeper of sorts onscreen, a stalker that just won’t go away.

The other one was Greta. And similar to Greta, I have a hard time understanding just exactly why an actress of this caliber is in a film that isn’t as good as it could be.

Octavia Spencer is phenomenal. In this movie, you can tell that she is having an absolute blast. She understands the exact tone this character needs.

And she is good at every single one of those beats. She’s fantastic here and I relished every scene that she was on screen. She really brings a lot to this movie. And I loved the fact that this movie exists.

By far, my favorite thing about this film, setting aside her performance, is the fact that it’s actually here in theaters. Octavia Spencer got to play a murdering psychopath in a horror thriller put out by Blumhouse.

The fact that this movie even exists is my favorite thing about it, which is still disappointing because I feel like this movie could have been great if that script had been given like three more rewrites, because the script for this movie feels very lazy to me.

There are so many moments in which the characters could stop the film, if you know what I mean. There are so many moments like that throughout the film where characters have the opportunity to say or do things that any normal person would do. But they don’t take that opportunity because that would create sort of a corner for the writer to get out of.

There are many scenes like that throughout the movie, and once you start to notice them, it’s like you can’t unhear it, you can’t unsee it. You just begin to see all of these scenes in which characters are manipulated by the plot confines to make the film still happen.

And then, unfortunately, suffers from some pacing issues as well during the second act, because a plot structure like this relies heavily on the unknown. And once you begin to know things, the film runs out of steam.

We have a woman who obviously has some kind of tortured past who’s inviting kids to her house. And it’s strange, it’s awkward, but everyone kind of likes her for a while.

Once everyone doesn’t like her anymore, the film doesn’t really have anywhere to go. But try to get these characters in awkward scenarios with MA.

And after a while, that gets kind of boring no matter how good Octavia Spencer is, and I can totally understand why she would want to do a role like this because this is probably really freeing for her and fun to do a role like this. And she’s fucking good at it, too. I just wish that someone had given her a better script.

And Tate Taylor, who also directed The Help, which Octavia Spencer got an Oscar for, made this film. And on his IMDB, he hasn’t really made a horror film before.

His last film was The Girl on the Train, which was more of a thriller, a drama. And in the case of this movie, there are times where he has the opportunity to crank it to 11 and he dials it back.

They hint at something that might be really fucked up and they’re like, no, I’m just kidding. It begins to feel like they were lazy, like they didn’t have the guts they needed to make this movie as fucked up as it could be. Even though it is rated R, it’s mostly for F words.

The violence in the movie is fairly minimal. And you can tell that they just didn’t quite push it. In a movie like this, they could have been like exploitation, extreme bloody just so in-your-face insanity. And they just settled for OK.

Allison Janney shows up in the most thankless role I’ve ever seen her in as a veterinarian who from time to time peeks her head into a room and tells Octavia Spencer to get back to work.

She’s in this movie, this amazing, talented actress to do that, but then it dawned on me that, like Octavia Spencer, Allison Janney was also in the help. So she probably did it as a favor for a friend. I wish that this movie was better.

I wish that they pushed the boundaries a little bit. I wish that they had the guts to do more fucked up shit because I really want movies like this to get made for a couple of reasons.

One, Octavia Spencer. And to paying money for a movie ticket, thus communicating to studios that, hey, we like horror films with unconventional villains that don’t feel like everything we’ve seen 1000 times.

But unfortunately, they didn’t nail it. They didn’t drive it home. This movie could have been a lot better, but still, it’s worth seeing for her performance. But I would wait for Netflix or for Amazon Prime. 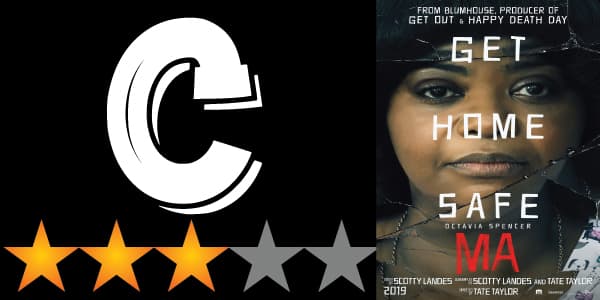 Guys, thank you so much for reading Ma 2019 Movie review, Look forward to more reviews very soon. See you next time.

Check out the trailer of Ma movie.