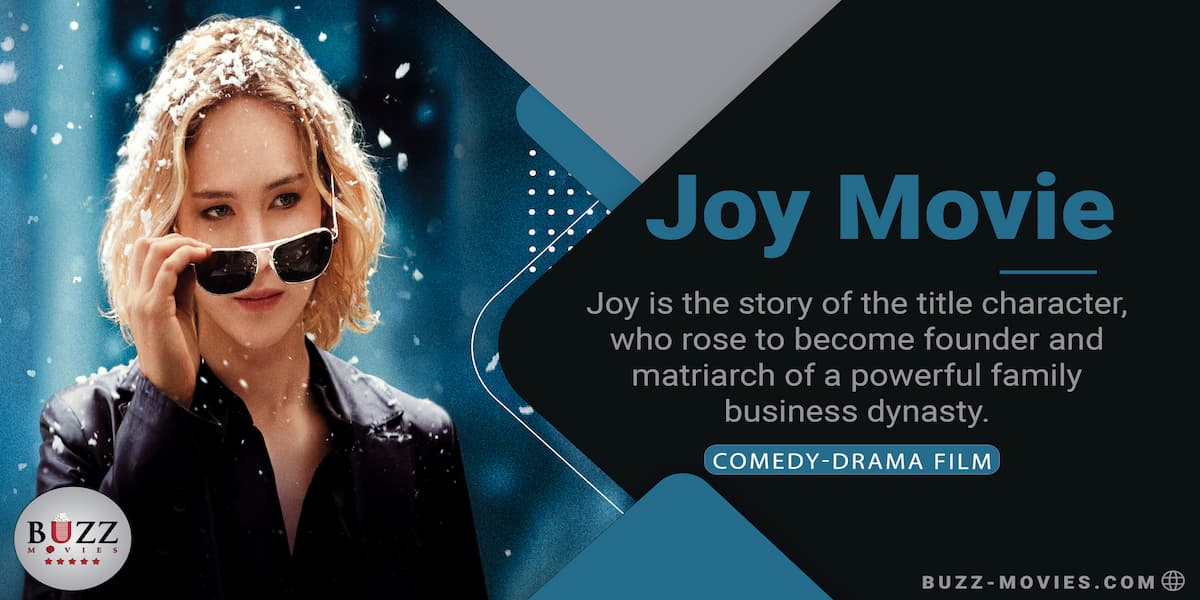 Joy movie 2015 is an American comedy–drama film by David O. Russell. A self-made millionaire who created her own business empire.

Joy movie is directed by David O. Russell and stars Jennifer Lawrence, Robert De Niro, and Bradley Cooper, among others, and is the true story of a woman named Joy who invented a mop and is really trying hard to sell it.

And just saying the plot like that makes it seem kind of stupid. I mean, it does the film injustice to describe the plot that way, because it’s really an underdog story about a woman who is struggling to be a mother, a daughter, all the difficulties that surround her life, the fact that she basically does everything for her entire family, no one really trusts her.

There are good things about this film and there are bad. By far the best aspect of this movie is Jennifer Lawrence. She remains the bright spot of virtually every film that she’s in.

Her performance is great. She’s strong, she’s tough, she’s funny, she’s likable. She’s vulnerable. She gives all of the well-rounded emotions that you would expect in an underdog story like this because that’s what this movie really is. It is an underdog story at its core.

And you can’t help but get behind that. In some cases, you do want to root for somebody who’s like the everyman or everywoman In this case.

Where the film falters, though, for me is every other character in the movie. I didn’t care about any of them. I mean, basically everyone except for Joy feels like a movie character.

We have these very over-the-top family members who are almost like the villains of the movie, who are constantly trying to steal her ideas or tell her that she isn’t good enough or get in the way of her business.

Really, the only character in the movie that I felt attached to or that actually felt like a human being was joy.

And that’s my biggest issue with Joy, is that I simply didn’t really care about any of the characters except for Joy herself.

And there are a lot of characters in this film. It also takes a while to find its footing. At one point I was wondering what this movie was really about.

It’s not until the last half with the movie, it picks up a bit and you can actually get into her plight and you really do feel for her. At least I did. There were times where I felt very strongly for her and I wanted her to succeed in her ideas.

But the first half, the movie is very scatterbrained and it goes back and forth between showing what her family life is like, then a past life with her ex and things that are meant to flesh her character out but don’t really feel like they have a place in the film’s story.

And the story is a little messy because it goes all over the place a lot. But in the end, I did care enough about the character of Joy that I was rooting for her, and I wanted her to succeed.

So for that reason, despite some of the story flaws and the fact that I didn’t really care too much about the characters besides her.

So I am going to give Joy Movie a B-minus. 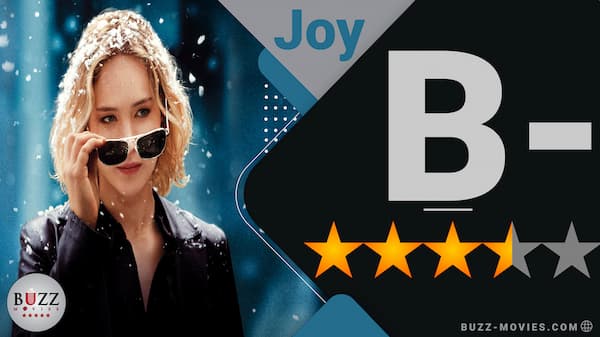 When you look at David O. Russell’s past films, that is a very disappointing grade because I’ve pretty much loved his past movies and I hope that his next movie is better guys. Movies from 2015 were really awesome.

Guys thank you so much, as always, for reading the review of Joy movie. See you next time.

Jennifer Lawrence stars with Bradley Cooper and Robert De Niro as a woman who builds a business dynasty in David O. Russell’s wild story about a family across four generations.