The 2020 American dark fantasy horror film Gretel and Hansel is based on the German folklore tale Hansel and Gretel.

The tell is about a young girl who leads her little brother into a dark wood in desperate search of food and work, only to stumble upon a nexus of terrifying evil. 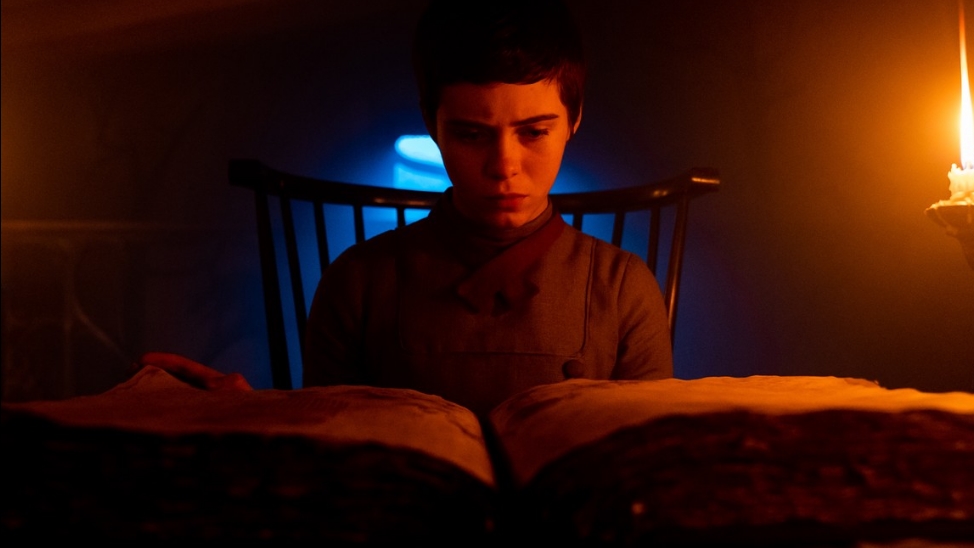 Gretel and Hansel movie 2020  directed by Osgood Perkins the man behind the black coats daughter and I am the pretty thing that lives in the house movies.

It’s star Sophia Lillis and its a story that is more Gretel centered. As you can tell by the name swap in the title and it’s a considerably more dark version of the tale than we’re used to seeing. Both of them run into the which in the woods as we know.

But the story plays out in a far more grotesque way that is aiming to delve deeper into the emotional substance of what’s really going on here.

When I first heard about this movie. I try to picture how was eventually page to the studios and I didn’t expect that much from Gretel and Hansel movie 2020.

But what I can definitely say about it, is that the production design and the cinematography are absolutely top-notch. This movie looks very chilling.

There are some very frightening shots and they do a really great job of capturing some surprisingly scary sequences that I didn’t expect.

The movie is also aggressively not mainstream. It’s very against the grain. It feels very indie. Almost the entire film takes place inside the witch’s house or around it.

There are basically just three principal characters Hansel, Gretel, and the witch. So feel Lewis is pretty good in the movie. Although, I was confused.

Because it seems like all three of the characters have a different accent. Everyone speaks slightly differently. I don’t really understand what the choice was there or if anyone noticed.

The score is also pretty good. So everything you’re seeing and hearing is top-notch. Narratively this movie is extremely bare-bones and the film takes a very pretentious approach to the way it’s made.

And when you combine that with a script that doesn’t really have much behind it. It makes it seem strangely more pretentious. The movie is shots at the aspect ratio of 155.

So the shots feel very cramped an old fashioned and this created a nice aesthetic for a long time. But after a while, it seemed like everything was just perfectly centered and your eye is rarely moving as a result, and so it kind of gets tiring.

You’re not really engaging that much with the shots were in almost everything is in the center of the frame. And even an 87 minutes this movie does feel a tad long, and most of that is because it doesn’t feel like there’s any meat on this screenplay.

There’s a lot of tacked-on narration to an opening scene, where the backstory is revealed that feels 100 percent like it was added on and post. It’s even at a different aspect ratio.

The movie takes so long to get to those scenes that when they do happen. It kind of feels like you were waiting for a really long time for not that much.

So since I didn’t really feel connected with any of the characters or their journeys or anything that was happening. I kind of just sat back and appreciated the pretty visuals and it began to feel like a smart business choice.

You got three characters in a house in the middle of the woods for almost the entire movie and it’s not even 90 minutes. That’s cheap. It can be done. I just didn’t feel anything.

And since the script makes so few attempts to flesh out these characters or make them feel like people or give them a challenge or something to overcome beyond a series of nightmares envisions that we’re not even sure are real.

For about half the movie I was engaged at least visually. About 40 minutes or so, but then it became apparent that they just weren’t going to do anything else, except this long series of creepy visions and really beautiful cinematography.

The characters just had nothing behind them and so I checked out.

Well, guys, that’s the first month of a new dedicated film. It had some January stuff in there it definitely did have some of that. But it also had the gentlemen and underwater which I thought was a lot better than most people said.

So it wasn’t all bad. Guys thank you so much as always for reading my reviews. Look forward to more reviews very soon. See you next time.

Check out the trailer of Gretel and Hansel 2020 to take an idea about the movie.