Flashback 2021 is a Mystery, Thriller, and Drama film by Dylan O’Brien. The film will be released on Jun 4, 2021. You can also get it from amazon as Blu-ray and Digital Copy.

After a chance encounter with a man from his youth, Fredrick literally and metaphorically troubles into his past.

It has been a long time since I have seen a film that was this trippy and perplexing, completely unafraid to ostracize its audience, to keep its artistic and creative integrity.

If you like bizarre psychological thrillers in the same vein as Donnie Darko, The Butterfly Effect and most recently, this year’s come true. There is a high probability that you will get a kick out of this movie.

And then there are some people who are just not going to vibe with it at all, which is totally understandable. But if you are willing to have the patience for something this challenging, I believe that flashback is absolutely worth your time and pays off at the end.

The movie defies explanation and I wouldn’t dare spoil anything here, but I will give a shot at delving deeper into the premise.

Fred, played by the ever-charming Dylan O’Brien, is living the life that most people can only dream of. The beautiful wife, the perfect job, the nice house.

But he starts having vivid and terrifying visions of an old classmate named Cindy, who vanished in high school, never to be heard from again.

He contacts an old friend who they used to take a drug called Mercury with and realizes that he must embark on an anxiety-induced mental journey, burrowing himself into lost memories to uncover the truth about what happened to Cindy.

The first act of flashback was very frustrating for me because the movie provides absolutely no exposition and doesn’t even bother to ease you into the madness at all.

It throws you in the rabbit hole headfirst, and not once did it stop to hold your hand and guide you down it.

And because I went in blindly and had no idea what I was in store for, I was completely taken aback by this unsubtle approach.

I remember saying to myself, what the hell is this movie even about? And to be honest, you probably won’t be able to answer that upon your first viewing.

Something clicked with me about 20 or so minutes in that this movie was not going to be an easy experience. And I was either going to completely tune out or invest every ounce of my mind power into it.

And because of the incredible cast of performers, the creative use of hallucinogenic visuals, the inventive editing, and the gutsiness of the filmmaking in general, I just had this gut feeling like writer-director Christopher MacBride had a handle on the story he was trying to tell. And I could trust in him and I wasn’t wrong.

Dylan O’Brien who is just coming off one of my favorite films from last year, Love in Monsters, proves once again that he is a performer who is willing to take risks.

Fredrick is unlike any character he has played before, thoroughly unhinged and slowly losing his mind. And O’Brien pulls it off while still injecting his charisma and signature awkwardness to the role.

The rest of the young cast is all fine here and do their jobs diligently. But this undoubtedly is O’Brien’s film through and through.

I must say, though, that I believe the biggest flaw of flashback is the lack of character development, especially with the protagonist.

If McBride had spent at least ten minutes at the beginning building up this character of Fredrick and why we should care about him rather than pushing on the acceleration immediately, I believe that the film as a whole would have had a far greater emotional impact.

Flashback 2021 is truly a film that will divide audiences, and I acknowledge that many of the viewers watching this review right now will hate it with a fiery passion. It is a mindfuck of the highest order and will test your patience at every step of the way.

But the reason I think it works as well as it does is because if you look closely and pay attention, there are breadcrumbs left for you to follow at every turn to help you try and solve this bewildering mystery.

The film is a frustrating and demanding puzzle, but one that makes you feel fulfilled by the end and even better makes you want to scramble up all of the pieces and put it back together again. 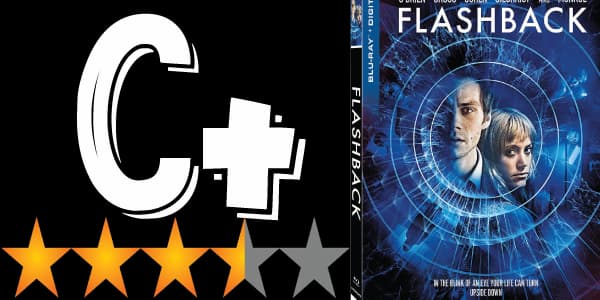 This is a film nearly impossible to explain that will test audiences’ patience throughout every second of its runtime. But with every difficult challenge, there is always a reward. And Flashback delivers, especially upon a repeat viewing.

Guys thank you so much as always for reading the review of Flashback 2021 film. See you next time.

Check out the trailer of the new Mystery, Thriller, Drama film ” Flashback 2021  “.