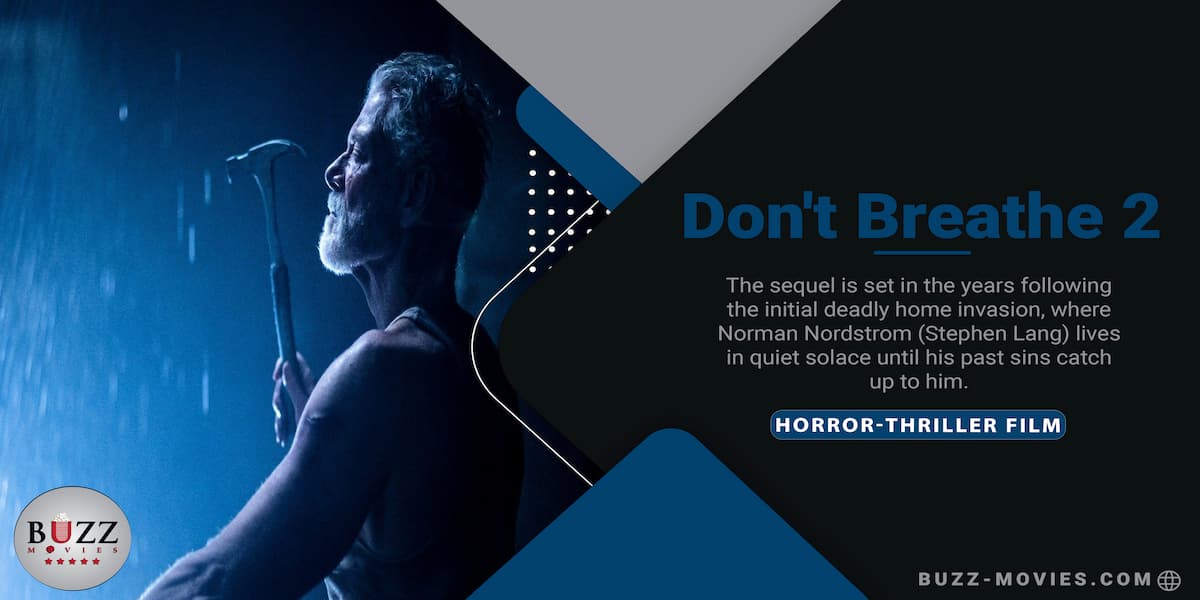 Don’t Breathe 2 is a 2021 American horror-thriller film. The film is rated R and it is an hour and 38 minutes.

This is the sequel to this horror movie that actually received rave reviews several years ago. This is a bloody slasher that is now available exclusively in theaters. It will most definitely hit streaming at some point, but no data have been released just yet.

This time, however, the directing duties have switched from Fede Alvarez to Rodo Sayagues for this sequel.

The story takes place several years after the events of the first movie when that movie ended. The story is about a blind veteran who must use his former military training to save a young orphan girl from a group of thugs who break into his home.

I loved Stephen Lang in the movie Avatar, and I can’t wait for that next movie to come out. Stephen Lang is absolutely believable as a retired vet with a certain set of skills like Liam Neeson that are needed to protect his home and other people, even though he is blind. And it’s crazy the stuff that he could do while being blind.

Some might say that’s a stretch of reality, however, maybe not. I mean, you just have to watch the movie.

I never saw the very first Home Invasion movie in this franchise, but I hear that in that one, the protagonist, Stephen Lang, is a villain, a bad guy, and so in a fun twist, he becomes an unexpected and even unlikely hero in this movie.

So fans of the first movie, I think we’ll really enjoy the second one.

I love it when movies have Easter eggs in them. So in this film, you see Hernandez, who’s played by Stephanie Arcila. She’s wearing a baseball cap with a production company logo which means a bad guy on it.

I love the last empowered line of the movie and the look on the person’s face, and I’m not going to give you any spoilers. I just thought it was good.

Madelyn Grace does a really good job as Phoenix, this frightened, terrified young orphan. She’s so young and already has a really impressive filmography.

She’s had roles on Grey’s Anatomy in Bunked. She’s been in a lot of TV shows and some movies. And so I expect great things from her in the future if she wants a career in acting, which sure looks like she does.

Keep watching after the rolling credits for a bonus scene that’s I don’t want to give you any spoilers that might make you go, oh, and then there are twists. I love twists and movies.

So there were some things I didn’t really like or thought could have been done better in this movie. But first is it has a really slow, super cheesy start.

And then many of the scenes are visually dark thematically, but also just because they occur at night or in a dark house.

And I don’t know if that’s intentional to help us kind of feel like what it might feel like if we were blind or had a hard time seeing, but I think it’s going to make it really difficult for people to watch the movie if they watch it on small devices. Once it does go to streaming, so try to see it on a bigger screen.

There’s not very much dialogue at all, and what there is of it is pretty basic and sometimes pretty hokey enforced.

Many elements of this story are completely ridiculous. I mean really this blind man, could a blind person really do all that stuff?

I mean, even just shooting in the right direction of a person, obviously, I know people who are blind and there are other six senses or 7th senses even are augmented. And so it could be, but sometimes it’s a little bit laughable the things that he does.

And the biggest complaint that I’m hearing from viewers about this film is that the first way they really didn’t require a sequel, and usually in order to have a sequel, well, you have to say something else.

So because of that, I liked that there was a sequel because in this movie his role is switched, allowing you to have more compassion for him than what you felt in the first movie.

Anyway, the protagonist is blind and has super creepy eyes, but beyond that, it is brutal, super bloody, and very great with violence and lots of deaths.

There is profanity, including F-bombs, and people are in these perilous situations, and they’re also in situations that are morally derelict.

So the themes that are represented in the movie are family, identity, Oregon, harvesting, friendship, coming of age, security, and protectors, and rising up from horrible situations.

This movie is one of those films that critics hate on Rotten Tomatoes, with a low score of 47%, while audiences are getting a kick out of it with a high score of 86%.

I am always fascinated by how there could be so much disparity in the grades on some movies, and this is one of those movies.

So comment down below to tell me which side of the spectrum you agree with. I would love to hear what you think about the movie.

So I am going to give Don’t Breathe 2 a C-Plus. 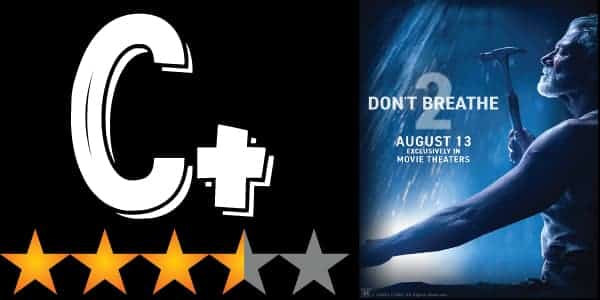 I hope that if you choose to watch this movie that you do enjoy it.

Guys thank you so much as always for reading the review of the Don’t Breathe 2 movie. See you next time.

Check out the trailer of the new Horror, Thriller film “Don’t Breathe 2”.