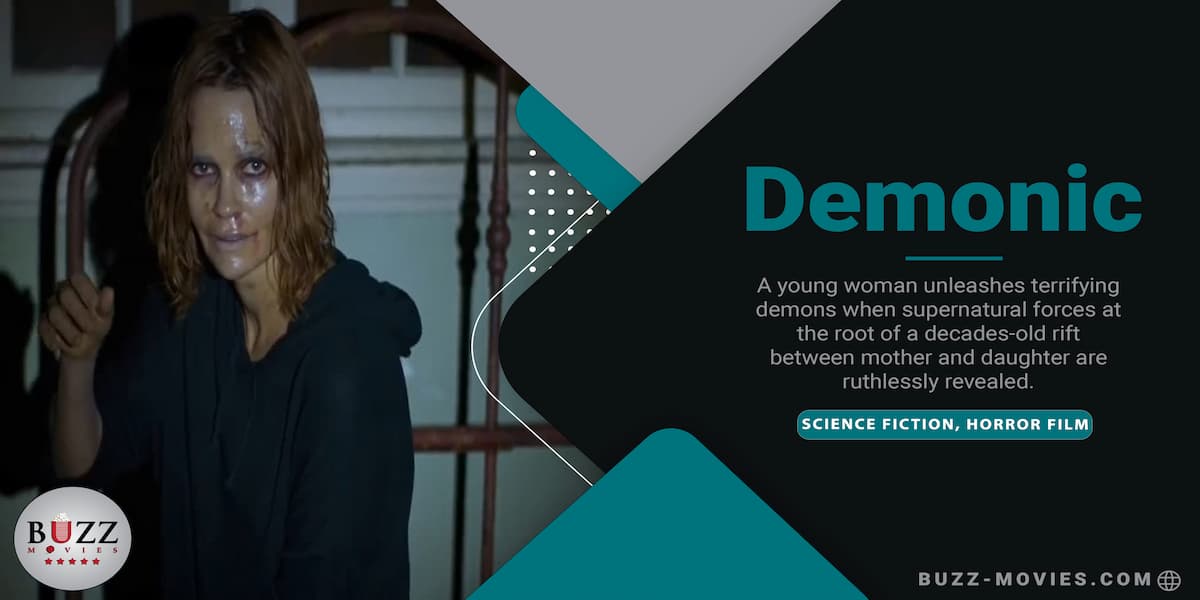 Demonic movie 2021 is Canadian science fiction, horror film. It is rated R and it is an hour and 45 minutes.

It is one of the films that was shown at the 71st Berlin International Film Festival in March 2021.

A young woman unleashes terrifying demons when supernatural forces at the root of a decades-old rift between mother and daughter are ruthlessly revealed.

Blomkamp’s first feature film, District 9, was easily one of the most exciting directorial debuts ever you could say when it was released in 2009. It also just so happened to be one of my favorite science fiction films of all time.

So it’s been disappointing, to say the least, that the writer-directors work since then with Elysium and Chappie were both so underwhelming.

But the idea of Blomkamp coming back for another shot with a low-budget Sci-Fi horror film really excited me.

So it is with a heavy heart that I have to say that his new film, Demonic, although brimming with ingenious ideas, is easily his worst film to date.

The film follows Carly, who threw an old friend, is brought back into her estranged mother’s life through extraordinary means.

Her mother has fallen into a coma, and a group of scientists and doctors are keeping her alive.

These professionals convince Carly to go into a virtual reality simulator in her mother’s mind to get to the root of why she has fallen into this coma and possibly to get her out.

But as she reaches her mother in the virtual world, she realizes that a demon has possessed her and will do anything possible to be released into the human world.

The best thing that I can say about the Demonic movie is that it is filled with a really fantastic concept.

The idea of merging horror with sci-fi with this virtual world is fascinating, and there are also some really crazy plot twists later on in the movie that could have created something really special.

But the problem is that none of these ideas are executed properly or in a way that makes any sense.

To be completely honest, this film is a hot mess, and knowing that it comes from the hands of an Oscar-nominated writer-director who is capable of so much more also makes Demonic that much more of a shame.

IFC Midnight is producing the film, and the studio knows that they are two about low-budget horror.

The thing about a lot of their movies, though, is that they make up for the lack of funds with their creativity. And unfortunately, I never felt that way with Demonic.

The acting ranges from decent to downright awful, but I also don’t necessarily blame the performers here.

It is Neill Blomkamp who never set them up for success with his misguided direction and jumbled mess of the script.

And while there is creativity within the confines of this film, it also mirrors so many other better horror and sci-fi flicks that have come before it.

Just recently, the IFC Midnight release comes true, which shares many similar concepts and was also made on a shoestring budget. And as Demonic progress, all I wanted to do was turn it off and go watch that film instead.

The other glaring problem is that neither genre Demonic is trying to pull up of ends up working. The horror is just not there. This film is not scary in any way, shape, or form.

And many tired tropes of the genre, like the possessed entity contorting its body onto all fours, are used here as an excuse rather than actually be frightening.

And the sci-fi elements like the virtual reality world created are interesting but never fully fleshed out.

And while I do think this horror film will probably end up at the bottom of the bargain barrel soon to be forgotten, within it, I still see Neill Blomkamp’s potential.

It’s hard to look at his filmography and not feel like this is a case of a director who began his career at the very top and his only regress since then.

His ideas are there and you see these glimmers of brilliance throughout, but those things don’t matter if he can’t nail the execution. 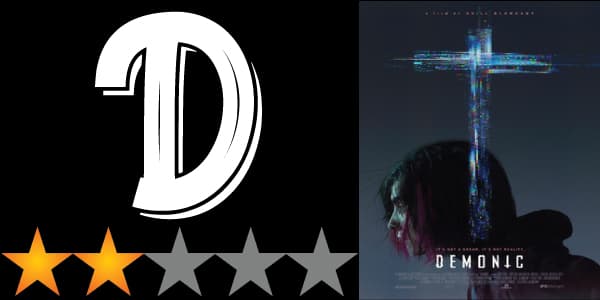 Neill Blomkamp has all of the tools and his Arsenal to create captivating works. But unfortunately, with his most recent film, he has shown that cool concepts are not enough to make a solid movie.

Guys thank you so much as always for reading the review of Demonic Movie (2021). See you next time.

Check out the trailer of the new Canadian science fiction, horror film “Demonic”.