Here’s a collection of crossdressing movies you may enjoy. You may be surprised by some of the movie titles that are included in the list of Top 10 Crossdressing Movies of All Time, but as we all know, every movie is unique in its own way. In White Chicks, two FBI agents make a blunder during a cocaine arrest. They are sentenced to escort two sisters to the Hamptons, where they will be used as bait to apprehend a kidnapper.

When the girls learn of the risky plot, however, they refuse to assist. Due to a lack of alternative choices, Marcus and Kevin decide to impersonate the sisters by morphing into women.

Fans of the beloved film will be overjoyed. A sequel is in the works, according to Terry Crews. As if things weren’t difficult enough, the real Sebastian has come home early from his vacation to London and has no idea that his sister has assumed his place.

#8. To Wong Foo, Thanks for Everything! Julie Newmar 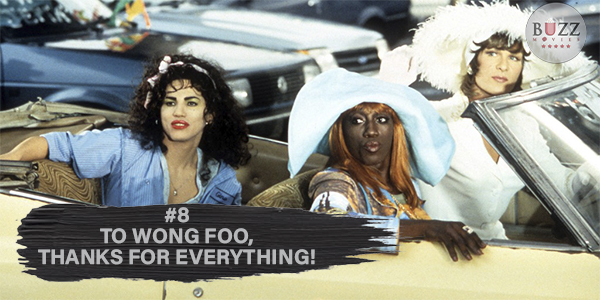 Noxeema Jackson, Vida, and Chi-Chi Rodriguez are determined to demonstrate America how amazing drag queens can be. The three set out on a quest to enter the New York drag Queen beauty pageant circuit, dressed to kill.

They go out on the open road in a beautiful 1967 Cadillac convertible, but the difficulty arises when their vehicle breaks down in a tiny Midwestern town where drag queens are not prevalent.

Despite their traditional viewpoints, the Glamorous three quickly opens the eyes of the community. Albert Nobbs, a very bashful butler in the 1800s, is hiding an astounding secret. He is, in fact, a female. Albert keeps a low profile, afraid that someone will find out her true identity, until Hubert Page arrives and changes everything.

Hubert turns out to be a woman in disguise, and he’s found a companion to assist him preserve the secret. Albert begins courting a hotel maid in the hopes of doing the same.

Val and Barbara, the engaged couple in this adaptation of the legendary 1978 French film The Cage of Mad Women, anxiously presented their potential inlaws to each other.

Armand, Val’s father, is a homosexual Miami drag club owner who pretends to be straight in order to keep his connection with his club’s Flamboyant star Albert hidden.

The Birdcage earned excellent reviews upon its first release, with the Gay and Lesbian Alliance Against Defamation praising the film for pushing beyond stereotypes to perceive the characters as deaf and human. When drag queen Anthony agrees to take his show on the road, he asks Adam, a fellow cross-dresser, and Bernadette, a transgender woman, to join him.

Priscilla, their brightly colored bus. The artists travel around Australia, playing in front of adoring audiences and dealing with homophobic locals.

When the other two performers discover why Anthony took the job in the first place, it puts their friendship in jeopardy.

Despite its positive impact on Australian cinema, the film has been criticized for purported sexist and racial aspects. A saxophonist named Joe and his pal Jerry cook up a plot to get out of Chicago after witnessing a Mafia murder. They disguise themselves as ladies and join an all-female jazz band before boarding a train bound for Florida.

While Joe pretends to be a rich in order to win over Sugar Kane, Jerry is sought by a genuine wealthy, putting the two in jeopardy and allowing the mobsters to close in.

Crossdressing was judged too upsetting in Kansas at the time of its publication, therefore “Some Like It Hot” was prohibited. Tootsie follows Michael Dorsey, a New York actor who is upset by his and his agents’ inability to obtain employment. After a disastrous soap opera audition, Michael comes up with the brilliant idea of recreating himself as actress Dorothy Michaels and lands the job.

What was meant to be a temporary position becomes a long-term commitment. After a while, Michael falls in love with one of his co-workers, jeopardizing his profession and happiness in the future.

During production, director Sydney Pollack and Dustin Hoffman frequently had intense confrontations on site, which hampered the film’s success. Mrs. Doubtfire received a slew of prizes, including best makeup at the Oscars and best motion picture at the Golden Globes.

It follows Daniel Hillard, a loving but negligent father who has been estranged from his girlfriend. Worse, Daniel is only allowed to visit his children once a week due to a court order.

He disguises himself as an English nanny and obtains the position when he discovers that his ex needs a housekeeper, allowing him to spend time with his children and form the ties that he should have from the beginning. Richard O’Brien’s tribute to science fiction became a much-loved cult classic after it began as a method to keep a jobless actor occupied during the winter nights.

The film depicts Brad and Janet, who become separated during a storm and are forced to seek help from a frightening house. They learn that the building belongs to Dr. Frank N. Furter, a transsexual scientist.

Brad and Janet start on a downhill spiral with other unusual individuals such as a biker named Eddie, a scary Butler, and a guy created in the lab dubbed Rocky as their innocence is gradually lost.

The movie was rated as 7.4 on a scale of ten on the IMDb website and was selected for preservation in the United States National Film Registry.