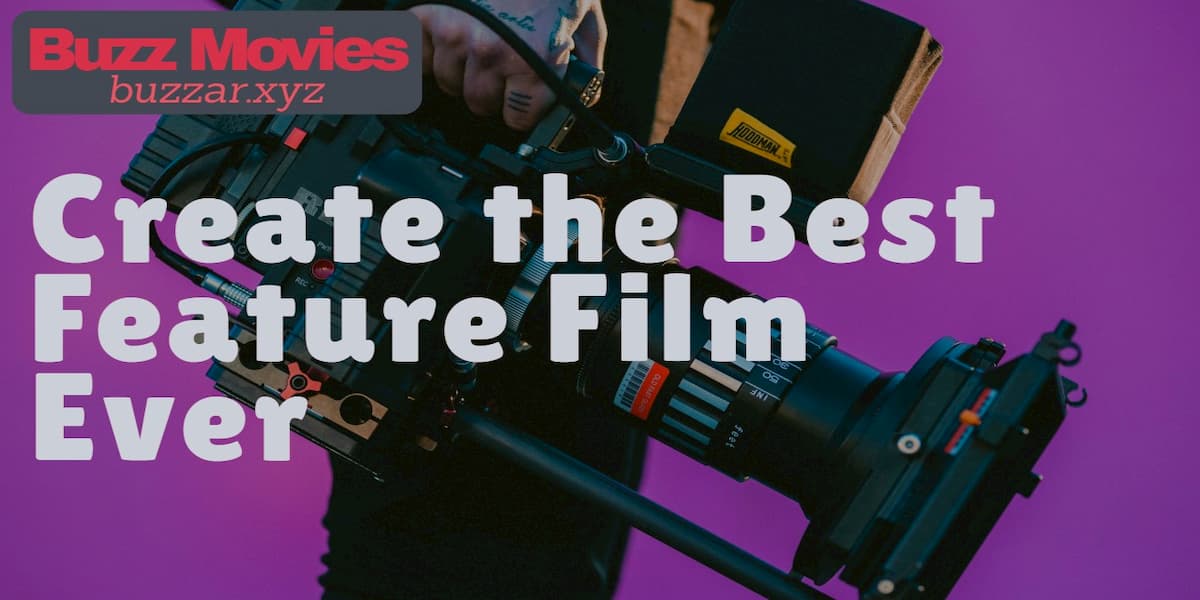 Top 5 Tips to Create the Best Feature Film Ever

If you are looking to create the best feature film ever, you need to take a look at the top 5 tips before Creating your Best Feature Film Ever.

It is important if you are looking to create the best feature film possible that you start looking at several major aspects that will have a huge impact on your final product.

How to Create the Best Feature Film Ever?

Step 1 : Get A Strong Script

A script is your first line of defense towards success. A poor script will have everyone including your actors losing interest very quickly. On the other hand, a strong script will keep everyone interested because the story draws them in.

It is especially important to spend a lot of time developing characters. If your audience is emotionally invested in characters of your feature film they will spend more time really paying attention to what is happening. If your characters are grossly underdeveloped, it can negatively affect the entire movie, creating problems in holding the attention of the audience.

Step 2 : Chose actors who fit the role of in your movie.

Looking at your actors you should be able to tell that they are interested in the script. An actor who is merely showing up and talking is not an asset to your film and can drag down the entire story.

While it is true you cannot afford the ultimate Hollywood actors on an independent film budget, you should still look for actors passionate about your project. The results of their passion will be obvious for anyone who is viewing the final movie.

A final note about actors, always ensure you select someone who fits the role. There is nothing worse than watching a really bad actor attempt a role that they are not right for.

Step 3 : Spend plenty of time setting up the schedule for shooting.

You should spend plenty of time setting up the schedule for shooting. Always be sure to set into the script extra days for reshoots and possible weather problems.

Everyone wants to pretend that there will be no problems when shooting their film. This is a dream that rarely ever happens though, just remember it is better to have extra days set aside that are not used, rather than run over on time and possibly have to scrap the entire film because you are out of time. Additionally, a bit of your budget should be set aside for these delays as well.

Step 4 : Edit the film in pieces rather than all at once.

If you try to rush through editing and work on it all at once you might keep a straight train of thought going, but you are also likely to become tired and start making minor mistakes. This can be awful because it could allow you to make a tiny mistake that really pulls down the entire film. Taking your time and breaking it up over several sessions will ensure that you approach the sections with a fresh mind, and ready to really see the project. If possible, it is a good idea to wait a few days after wrapping shooting before editing so that you can approach the material fresh as well.

Step 5 : Try to get some feedback for your film to develop it.

Your final step is actually showing the film to get feedback and taking the feedback graciously. No filmmaker ever wants to be told that their film is horrible. But if your film has problems, you should take the feedback that you are given and look at it against your film.

Is the feedback good, or is it something that is just personal preference?

For example, saying that your story line is a bit vague would be considered good feedback. Saying that your leading lady should have blond hair would be a bit more preference usually. Being aware of the feedback of others can help you to really develop your style as well as connect to the audience.

The Most 3 Essential Sound Equipment for Your Feature Film