The best CIA movies have always attracted viewers to their reality, keeping the viewers on the edge of their seats. The movies are great for all generations. But are these movies accurate, or just fictions? Here is a list of 10 Best CIA Movies of all time.

10 Best CIA Movies of All Time

When it comes to movies about the CIA you can’t go wrong. It’s a subject that always makes an exciting movie. The CIA is one of the most capable intelligence organizations in the world after all. It’s either them fighting super villains or terrorists. Or they are trying to maintain control of the government by suppressing terrorists.

What are great movies about the CIA? This list rounds up the top ten best CIA movies of all time which you would enjoy watching. True Lies is a lighthearted action comedy directed by James Cameron about a daring secret agent who has to confront his toughest mission yet while working alongside his wife.

This film, starring Arnold Schwarzenegger and Jamie Lee Curtis, has set a benchmark for well-made spy comedy. Just the appropriate amount of thrills and laughter are found in this film.

To show that her Hulking co-star wasn’t the only one who was prepared to put his life on the line for the film. During production, Jamie Lee Curtis performed several of her own stunts, including a perilous one involving a helicopter.

James Cameron also helped in the risky stunt, recording the action with a handheld camera while the two were dangling high above the ground. Talk about dedication to your craft. When Enemy of the State was released in 1998, conspiracy theorists all over the world were ecstatic. The film follows a gang of NSA operatives who plotted the assassination of a US politician.

The film’s themes were groundbreaking at the time, especially since it was released before the September 11 attacks and the Patriot Act era.

The real NSA, predictably, declined to participate with the film’s production, so the filmmakers had to hire private security experts to lend authenticity to the film’s espionage sequence.

Enemy of the State, starring Will Smith, Jon Voight, and Gene Hackman, has gotten positive reviews from reviewers and a global audience. Following the World Trade Center attacks, the US military focused its attention on Osama bin Laden, a shared foe.

Zero Dark Thirty follows a nearly decade-long quest for the terrorist responsible for the country’s worst terrorist incident, culminating in the Seal team operation that put an end to his madness.

Surprisingly, numerous members of the media and the production team, including CIA Director Michael Morley, made a statement on the film, explaining that the events shown in the film are dramatizations and should not be taken seriously. Despite the fact that Ethan Hunt does not work for the CIA, the Impossible Mission Force or IMF is shut down by the CIA after being involved in a deadly attack on the Kremlin in the film Ghost Protocol.

Agent Hunt must now clear his identity and that of his organization as he goes rogue with the help of a task force that follows him throughout the world. 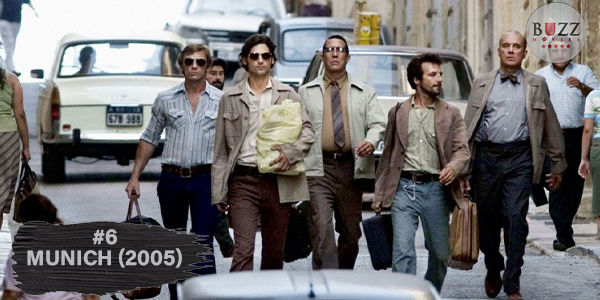 One of the most well-known names in the espionage genre is Tom Clancy. The Hunt for Red October is a box office success from 1990, based on Tom Clancy’s novel of the same name.

The commander of a cutting-edge Soviet submarine wants to escape to America, but he risks causing an international scandal in the process.

Before the Cold War escalates further, a lone CIA analyst must persuade his superiors that the submarine will not attack American soil. Tom Clancy is one of the most well-known names in the espionage genre. The Hunt for Red October is a 1990 film version of Tom Clancy’s novel of the same name, which was a box office triumph.

The commander of a state-of-the-art Soviet submarine aspires to defect to the United States, but he risks generating an international scandal in the process.

It’s up to a lone CIA analyst to persuade his superiors that the submarine will not attack American soil before the Cold War escalates further.

The Bourne Supremacy is the second installment in the Bourne franchise, and it sees the return of amnesiac CIA assassin Jason Bourne.

Bourne’s history comes up with him as he seeks to understand more about his old existence, and he quickly finds himself in the heart of a CIA plot that requires him to recall his unique set of talents.

Using mostly handheld cameras and a muted color palette to make it look more like a documentary, director Paul Greengrass attempted to achieve a realistic look for this film.

Because most of the stunts were performed by real actors rather than CGI doubles, the heavy use of practical effects also helps. Argo demonstrates that truth may be stranger than fiction. The film depicts a real-life CIA operation that took place in 1979 and involves the creation of a false film in order to liberate a number of Iranian hostages.

The CIA had to be exceedingly convincing in order for the captives to be released without suspicion, including developing false screenplays and a production office to deceive the Iranian leadership.

Former US President Jimmy Carter commented on the film, saying that while it was entertaining, it should have been mentioned that the Canadian Embassy deserved at least half of the credit for rescuing the hostages.

It was also later revealed that the CIA worked closely in the development of the film. The Bourne Identity, the film that launched the whole Bourne trilogy, introduced moviegoers to the amnesiac CIA assassin who seemed to be constantly fleeing national conspiracies.

Jason Bourne is rescued by a group of fishermen in this film, but he soon realizes he has forgotten who he is.

The peace doesn’t last long, as he’s soon pursued by a gang of assassins, and he’ll have to struggle to uncover the truth about his amnesia and the CIA conspiracy that terminated his previous life. The Bourne Ultimatum is the third installment in the Bourne film franchise, and it is often regarded as the greatest of the series by reviewers.

With nothing left to lose after losing his identity and the one person he cared about, Jason Bourne emerges from hiding once more as a new CIA operation sends more assassins his way.

The Assassins, on the other hand, proved to be better trained than ever before, as they’re part of the next phase of the project that gave birth to Jason Bourne.

Unlike the other Bourne movies, The Bourne Ultimatum was nominated for three Academy Awards, winning in all three categories.

The movie was rated an eight on a scale of ten on the IMDb website and received a meta score of 85 on Metacritic.

This was our top 10 list of the best CIA movies ever made. the 10 Greatest Spy Movies. So, Do you agree with our list? If you have any suggestions or comments please shoot them down in the comments below.