A woman falls victim to a dominant mafia boss, who imprisons her and gives her one year to fall in love with him.

In 365 DNI or 365 days in the U.S., you have our lead character, who is a member of the Sicilian Mafia family, and then Laura, who is a sales director.

Laura does not expect that on a trip to Sicily trying to save her relationship, she will be kidnaped and given 365 days to fall in love with her captor.

So that premise was interesting. I didn’t really read it before going into this movie. I honestly didn’t know what to expect.

Most of these Netflix films. I have an idea of what it’s going to be, but I just saw this trending and said, you know what? I’m not seeing a lot of reviews on it. I want to talk about it. Let’s see how this goes. And I kid you not ten minutes into this movie. I know exactly what it is or the type of movie that it is.

When I seem judgmental for these kinds of films, I’m not necessarily judging them because they are essentially soft-core pornography.

If it has a plot, if it has good characters, good acting, then I’m going to give it a high score because that’s how I judge a film.

And while this movie’s acting wasn’t necessarily the worst I’ve ever seen, I would honestly say it’s on par, if not better than the Fifty Shades of Gray franchise, because that was kind of a lot of people’s issue. The acting’s not the best. Therefore, I don’t care about the characters.

This movie is a bit different, right? The acting is fine, but the writing and the screenplay. Throwing in a pop song every five minutes, giving us a sexual montage.

And if that’s what you signed up for with this movie, if you win in determined to find that out of the film and you don’t care as much about the plot and the characters, I honestly think you’re going to like it.

Because that’s exactly what this movie is, scene after scene after scene. It is like really light, not like hardcore, you know, kind of like softcore sex scenes. Tori, you don’t feel as bad yet, but I think if that’s what you want out of this movie, then you will get it.

And I said, no judgment your way because movies are made to hit different groups of people, different target audiences.

And this movie knows who is going to respond. It doesn’t necessarily know its overall audience because it’s on Netflix where I think random people are going to find it.

Just say what the absolute heck is going on here right now. But if you are aware of what it is and you choose to watch that, then you’re most likely going to enjoy it.

If you’re unaware like I was and you expect a cohesive film with characters that you care about, you’re not going to get it.

Because we move from the positives to the negatives. And I start out with this. This has to be one of the worst and most jumbled scripts I have seen all year.

And it’s not just because it’s overly sexual, OK, the movie knows it wants to do that and it does that. And those scenes, I think, are going to appeal to a lot of people.

But surrounding that, it is it’s almost empty. And you feel bad for this girl. I know it’s part of the sexual fantasy that they’re going for.

But she is essentially kidnaped for 365 days and this guy keeps coming in, checking on her, taking her to different places, and she continues to, in his words, misbehave.

But that’s just because she wants to get back to her life and her boyfriend. And what in the world is going on in this movie?

I mean, from the first scene, you hear that conversation that they’re having a horrible conversation like I really hope I’m not supposed to root for some of these people.

And you don’t end up rooting for those specific people, but others involved with that situation, you are essentially rooting for.

And other than a couple of, oh, I care about you. Oh, I love you. Oh, I had a vision. So I kidnaped you here and there. He especially gave me absolutely no reason to care for him.

Because he’s a horrible and despicable person. And I know this movie is going for something specific. I get that. But that doesn’t work to a broad audience.

And Laura, I mean, you have a reason to like her, obviously, but then she just starts to give in as the movie progresses.

But let’s talk about the fact that they break some very simple rules when it comes to making a movie. You go from starting out at a certain angle and you cut.

A very similar angle with no cut in between, that switches it up a little bit. So it becomes this bland style of not only editing these clips together but bland cinematography.

And we start the film out and it kind of it progresses as we go, but it’s just nonstop movement. The slow movement to the left or the right. And I’m like, can we not do anything different with the cinematography here?

And in terms of lighting looks pretty good in terms of the actual look, the color correction, it’s all right. But the editing and the camerawork here really threw me off, confused me.

And I’m just I’m baffled that this film was edited together in the way that it was because it was so repetitive. There’s an issue, there’s an argument.

They get over it. There’s a sex scene. We throw on some pop music. We cut to the next scene that is essentially similar to the last scene. And it’s this nonstop, repetitive, jumbled-together group of scenes that go until the end of the movie.

And once you reach the conclusion or the climax, you or at least I was baffled as to how many people approved of the final cut of this film and said, yeah, that’s a good movie.

Maybe there are some interesting scenes in there for some people. But as a collective grouping of scenes and a lot of sexual montages, it is maybe the messiest movie I’ve watched all year.

But I need your comments below. If you enjoyed this review, be sure to smash that thumbs-up Netflix reviews every single weekend. 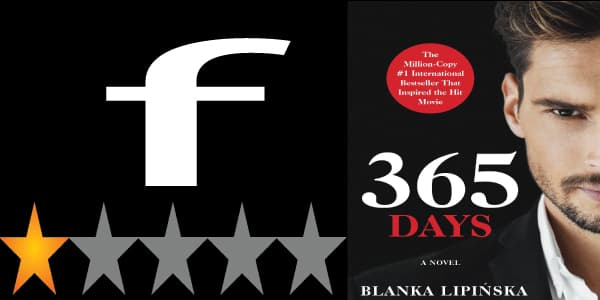 This is just messy, jumbled, didn’t have a reason to root for anyone. Those are my thoughts. I don’t know about yours.  But you can tell me about yours in the comments below.